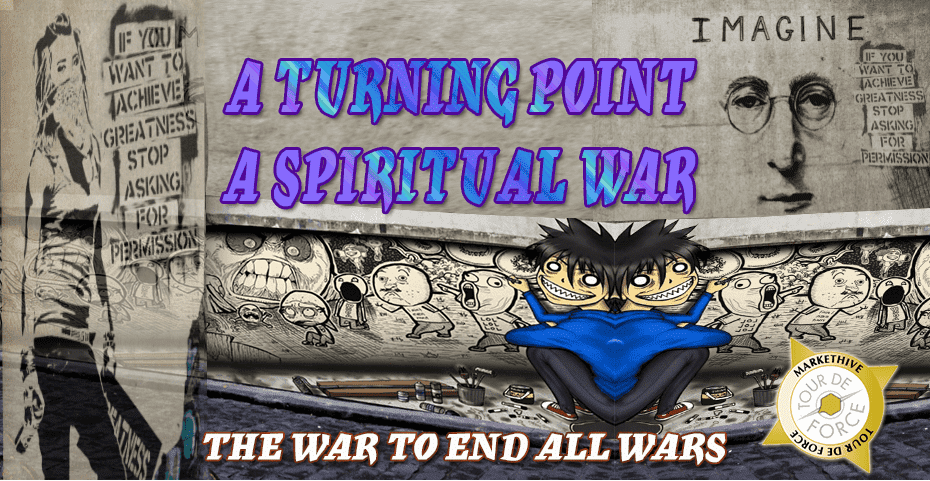 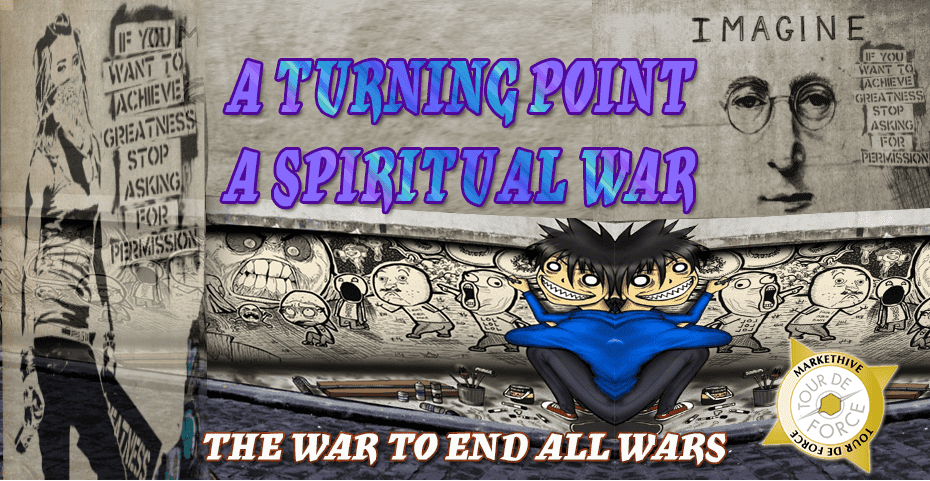 It would seem the action plan of the Agenda 21 treatise is quickening with the history-making events of 2020. COVID and its restrictions, the world economy brought to the brink of collapse, the fires, and incessant riots, lawlessness bringing heartbreaking destruction.

Page one of the intro of the original founding version of Agenda 21 (template for the soft treaty before it became hard treaty) has commoditized human beings saying,

Action to be implemented by governments, development agencies, UN, NGOs, and independent sector groups in every area where human “economic” activity affects the environment.

What it’s saying is that humans are an economic activity that can be collateralized. It goes on to stipulate,

Combating poverty is the main problem for the environment. Poverty and environmental degradation are closely interrelated. Global environmental deterioration is an unsustainable pattern of consumption and production, particularly in industrialized countries which aggravate poverty and imbalances.

So in order to reach environmental sustainability poverty has to go and that means humans especially in the developed countries that aggravate poverty and imbalances. 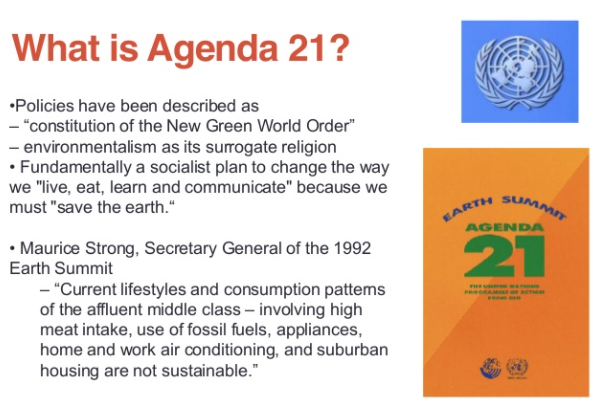 That is a huge statement and when you consider what is etched into the Georgia Guidestones it basically means if we are harming nature we have got to go. It is being said by certain officials that we are the cause of climate change, using too much electricity, driving too many cars, eating too many hamburgers, having too many children, etc, so it’s our fault. 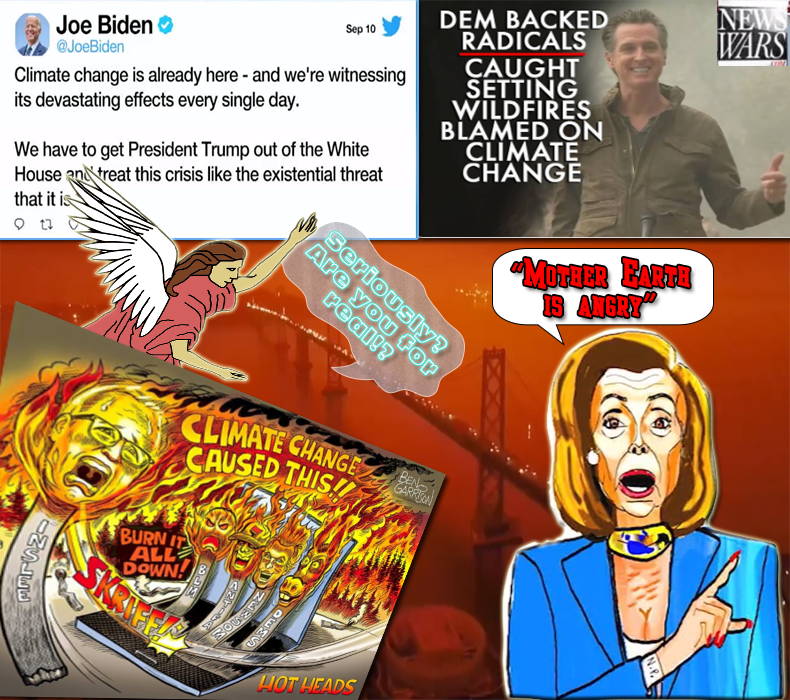 Joe Biden even inferred that voting for President Trump is causing climate change. Many scientists with any credibility state it’s impossible to determine if these fires are caused by climate change, however, these politicians (who think they’re scientists) are adamant that it is. Furthermore, the practice of cutting firebreaks or backburning has been banned for a number of years in certain parts of the U.S. This has exacerbated these hazardous fires making them uncontrollable leaving the land uninhabitable.

Although the politicians would have you believe these fires in California and Oregon are all down to climate change, there have been blatant admissions with some being caught in the act of setting the fires by certain factions, believed to be Antifa, BLM who are driven by anger, pure denial, believing they are above the law as in the case of the riots in the U.S. which are out of control with shootings, murder, looting, and arson.

So Who’s Behind The Scenes Funding This Lawlessness?

The death of George Floyd seemed to be the catalyst that turned protests into riots that have become more widespread and destructive. It is also no secret that George Soros and his Open Society Foundation (OSF) has funded a wide range of activities, including the Black Lives Matter Movement (BLM) back in 2015, so it didn’t take long to reveal the financial ties to the current riots and that OSF and George Soros directly support the movement today.

This, along with tax-payer funded grants from the Wisconsin Department of Justice has been received by a group called Freedom, Inc. who has a direct link to OSF. Many Democrats have publicly applauded the violence of these out of control groups with no regard for human life or livelihood.

Former Speaker of the House Newt Gingrich was silenced during an interview on Fox News Wednesday, where he called out billionaire George Soros’ deep involvement with the Black Lives Matter/Antifa riots engulfing the nation.

In an interview that turned awkward, Gingrich was explaining how Soros-backed officials were facilitating the far-left riots inflicted upon America’s businesses and communities, saying,

“The number one problem in almost all these cities is George Soros-elected left-wing anti-police pro-criminal district attorneys who refuse to keep people locked up."

"Progressive district attorneys are anti-police, pro-criminal and overwhelmingly elected with George Soros’ money and they’re a major cause of the violence we’re seeing because they keep putting the violent criminals back on the streets.” 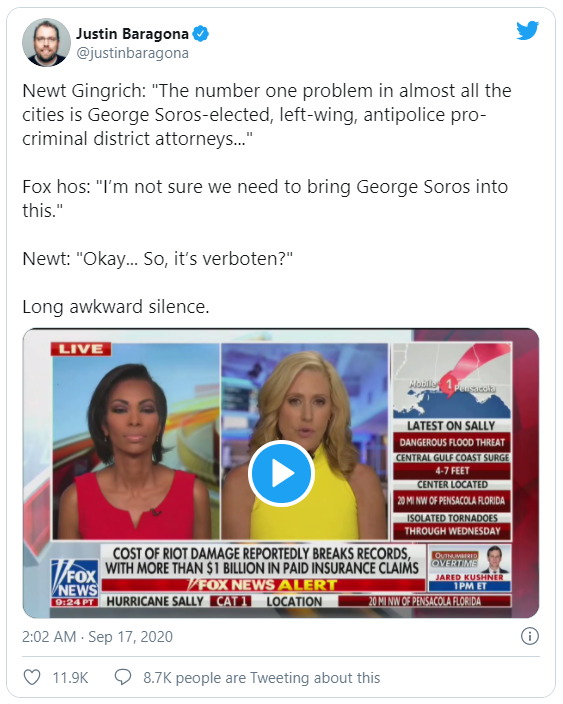 In Oregon the threat of arson and looting appears to be such a significant threat that signs have been plastered across towns in Oregon, indicating “arsonist” and “looters” will be shot. There have been a number of arrests across Oregon, Washington, and California, however, the FBI and Facebook have banned any content to make sure no left-leaning groups are blamed for the wildfires. This allows mainstream media to preserve the narrative that the wildfires are a result of climate change. 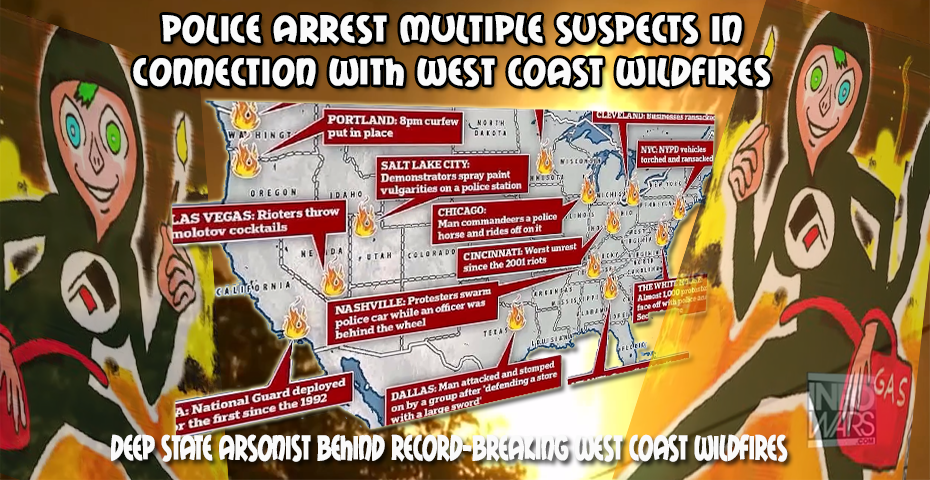 Give Credit Where Credit’s D.E.W.

The fires that have ravaged many parts of the world over the past few years including California, Oregon, Australia, Portugal, and Italy are purported to be the cause of climate change, however, there are too many anomalies that cannot be ignored.

Another entity that is not so blatant or forthcoming about how these diabolical fires were started is that of the organizations that produce Directed Energy Weapons. (D.E.W.) One being Lockheed Martin bragging about and demonstrating their directed energy weapons as seen in this video.  The original video by Lockheed Martin that is displayed in the credits of this video has since been removed by YouTube.

People that were caught up in the fires of 2017 in Santa Rosa, California, and surrounding areas, took videos of a laser that matched the demonstrations given by Lockheed Martin and other official sources. Mainstream media attempted to portray that over 100 fires that occurred all at once were from a forest fire spreading into neighborhoods.  Yet, most of the trees didn't burn and there is no burnt path between houses that are next to or across from each other. 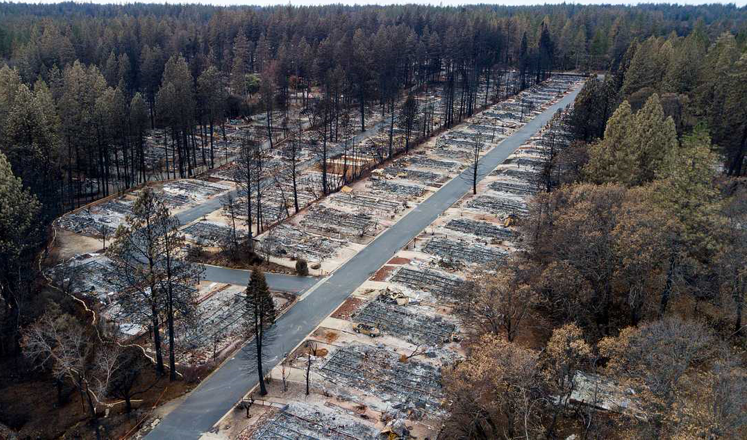 The photo above is of the aftermath of the Camp Fire in Paradise, California in 2018. According to a couple of survivors, the fire started at 6:30 am with no warning in the form of any alarms. Given that most aren't already out of bed and dressed at 6:30 in the morning and that no alerts were given, a good many probably didn't make it out alive. A couple of people who did make it out said they learned of the fire coming from Facebook and not from an alarm or siren. Also, many were found burned to death in their cars.

Notice how every home on this block burnt totally flat. Not a single item left, no refrigerators or bathtubs, toilets, etc. Not only were the trees leading to the houses not burnt, but the streets between the homes also look clean showing no ashes, debris, or even charring. This shows that the fires didn't arrive at the houses from the outside or surrounding forests, but looks as if the fires came from inside. The fact that ashes cannot even be seen on the streets and the forest didn't burn shows not only that it was not windy, but that the phrase "wildfires" used by the media is not only a misnomer but an outright lie. 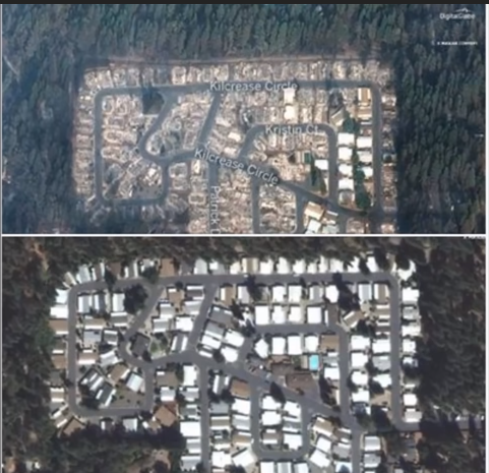 Paradise, California. Before and after shots.

The result of most of the fires point to microwaves due to the material specificness of what burned and what didn't (for example the metal hinges on the roadside rails, but not the wooden beams held together by those metal hinges) and then they get quickly replaced as if to hide the evidence. One thing that is for certain is that these were not normal fires, they were way too hot so as to burn and melt metal. Engine blocks, aluminum, and glass windows of cars have been literally melted leaving lava-like puddles on the ground.

Seeing as the forest didn’t actually burn, how can they be called wild or forest fires. Also, interestly, wood from Paradise was very quickly harvested for lumber after the fire.

There is so much more evidence and scientific reasoning relating to the fires, the DEWs, and unusual weather patterns occurring worldwide which are manipulated using weather tampering techniques and equipment on a global scale. This means the authorities can either make it rain or precipitate a drought. Whatever suits their purpose at any given time.

So weather modification has been going on for a very long time and aligned with their UN Agenda 21/2030. This site documents in-depth knowledge and proof of what is being dumbed downed by mainstream media, and it is also updated consistently, visit http://www.chemtrailplanet.com/DEW.html

In the video below is a breakdown of how lasers were used in the Paradise fires, along with some curious questions answered countering authorities explanations as to how the fires were started, scientific payoff, Directed Energy Weapons, Agenda 21/2030, geo-engineered genocide, and the planned mass exodus the authorities are executing to move the victims into higher density housing, controlled, surveillance areas.

This Is A Spiritual War

The intention here is not to create fear but to be aware and inspired to share this information to help others wake up to the fact that there is an evil entity manipulating us into believing baseless climate change theories and acceptance of depopulation, herding the rest into stack-and-pack housing inside smart cities.

This is a spiritual war and we need to prepare for a fight between good and evil on a global scale. We need to strive for more goodness in this world to help offset the evil in it.

Those wrecking our economy, manipulating our educational system, hijacking our free will with the tech giants psychologically conditioning the masses, setting us against each other, and brainwashing us into believing their lies, blatantly disregarding any other truth or evidence, are not interested in a future for humanity.

These evil spiritual beliefs are ultimately built on a weakness relying on temporary power and fleeting earthly wealth. This type of spirituality is no match for the word of God.

It is no match for the internal wealth of those that have aligned their morality with the truth.
So it is up to us to deflect the pervading wardenship of certain officials who seem to thrive on the dystopia of our civilization, by looking within and restoring the spirit of Jesus Christ that is forever present deep within our souls. We can win this.

If you’re sick of all the manipulated faux news that gives you only one side of the story visit https://2020electioncenter.com/  and https://www.infowars.com/newsletter to receive what I’ve found to be closer to the real truth.

May God Bless Us All