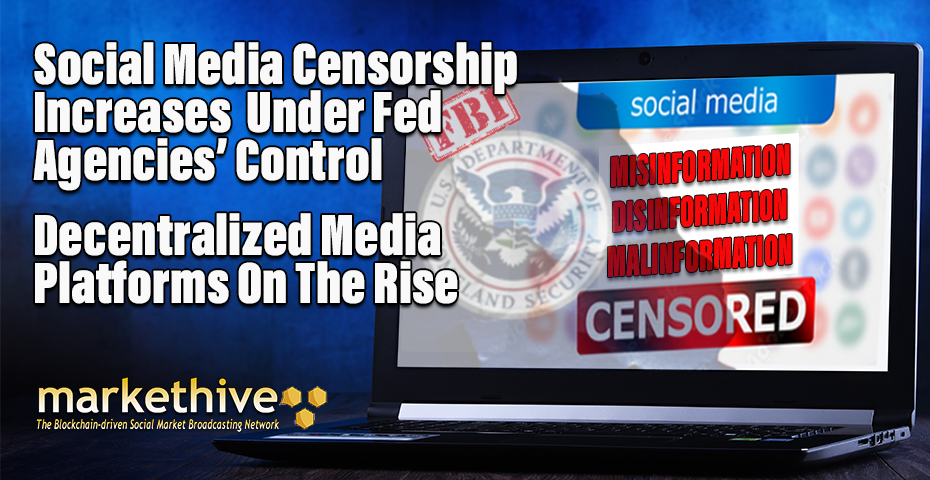 Decentralized Media Platforms On The Rise

Two investigative journalists from The Intercept published a recent article about social media censorship that captivated the internet. The account referred to leaked and litigated documents that revealed the US Department of Homeland Security (DHS) is working in tandem with tech giants to monitor online information. More specifically, what they consider is disinformation.

The article is quite eye-opening and detailed, so I’ll summarize the crucial points in this article. It will also be enlightening as to why we so desperately need a decentralized social media marketing platform like Markethive, and what we are building is the only solution to the oppressive censorship that the social media moguls and three-letter agencies are facilitating. 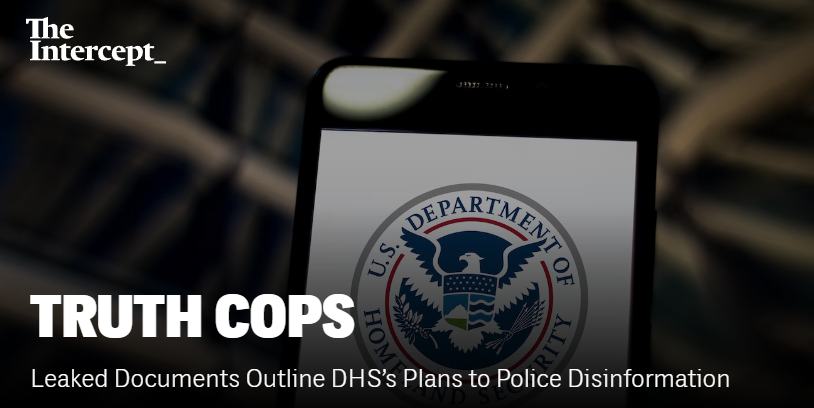 The authors explain that all the information in the article is based on years of internal DHS memos, emails, documents obtained via leaks and an ongoing lawsuit, and public records. This information proves the US government is actively policing information online. Their influence became apparent to the average person when the DHS announced the infamous disinformation governance board, dubbed the Ministry of Truth, earlier this year.

Interestingly, the disinformation governance board was announced right after Elon Musk announced he would acquire Twitter. The European Union also announced its censorship push with the Digital Services Act, which will set up a Ministry of Truth in every EU country.  Although the disinformation governance board was decommissioned, the DHS is actively exploring other initiatives to police social media now that its original mandate, “the war on terror,” nears its end.

So, behind closed doors and through pressure on private social media platforms, the US government has used its power to shape online discourse. The authors point out the three forms of information they are targeting.

[Or perhaps it’s easier to combine these three explanations into one category: Anything the government doesn’t agree with or like.]

A formidable text message from a Microsoft executive (a former DHS official) to a DHS director expressing, “Platforms have got to get comfortable with gov’t. It’s really interesting how hesitant they remain.” Note that Microsoft owns LinkedIn and Skype.

The authors also highlight a recent meeting that Laura Dehmlow, an FBI official, had with executives from Twitter and mega-bank JP Morgan Chase. The topic of discussion was distrust in the US government on social media, with Laura stating that “we need a media infrastructure that is held accountable.”

It was also cited that a formalized process for intelligence agencies to flag content on Facebook or Instagram directly and request that it be throttled or suppressed through a special Facebook portal that requires a government or law enforcement email to use. Not surprisingly,  both Facebook and the FBI declined to comment even though the portal was still live when the article was published.

When Did It All Start?

In the second part of the article, the authors pivot to discussing when all this social media censorship started happening. They identify that it began with the 2016 presidential election, which makes sense as this was around the time that fact-checking companies surfaced.

Predictably, the pandemic exacerbated the DHS’s social media censorship. An ever-progressive number of people see through that many of the theories that the DHS and army of fact-checkers labeled conspiracies ended up being correct. And some are still in the throes of coming to light and proven as facts, not fiction akin to a horror movie.

But the DHS’s narrative and censorship are not over. According to a DHS report obtained by the authors, its priorities for the coming year will be to fight “inaccurate information on a wide range of topics, including  “the origins of the covid-19 pandemic and the efficacy of medical procedures, racial injustice, US withdrawal from Afghanistan and the nature of US support to Ukraine.”

Whoever defines hate speech will have the power to censor whoever they want. This seems fine with the EU, which will police hate speech as part of the Digital Services Act mentioned above. Oddly enough, the DHS justifies its new quest by claiming that terrorism is “exacerbated by misinformation and disinformation spread online.”

The authors accurately point out that this is just an excuse for political propaganda and point to half a dozen previous examples as proof. They admit that the extent to which the DHS affects the social media feeds of the average American is unclear; however, intelligence agencies flagged over 4,800 social media posts during the 2020 election, and 35% of them were subsequently suppressed or censored by social media.

This statistic comes from the Cyber Security and Infrastructure Security Agency (CISA), which along with the FBI, met with social media platforms every month before the 2020 election. The list includes Twitter, Facebook, Reddit, Discord, LinkedIn, and even Wikipedia. It revealed that these monthly meetings between social media platforms and intelligence agencies are still ongoing. 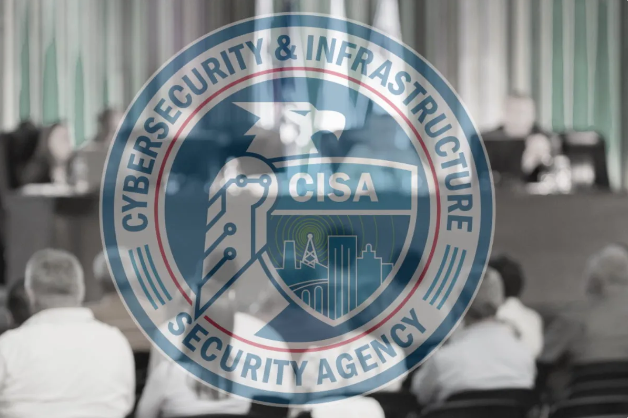 These monthly meetings of the private-public partnership between social media platforms and intelligence agencies were cemented in 2018, creating a new wing of the DHS, including the CISA. This new wing focused on social media election-related disinformation and was highly active in policing disinformation during the 2020 election.

Last year, under the Biden administration, the new wing, formally known as the Countering Foreign Influence Task Force and established for election-related disinformation, was replaced with the Misinformation Disinformation and Malinformation team or MDM. This broadens their scope from disinformation produced by foreign governments to include domestic versions and focus on general MDM.

The MDM’s job is to “counter all types of disinformation.” In other words, a task force intended to combat election disinformation expanded its scope to include whatever information the government deems to be disinformation, regardless of whether it's related to an election.

Jen easterly, the director of CISA, appointed by President Biden, sent a text to Microsoft Representative Matthew Masterson, saying she is “trying to get us in a place where Fed can work with platforms to better understand mis/dis trends so relevant agencies can try to prebunk/debunk as useful.”

The term “pre-bunk” is disturbing when you consider it means preventing information from getting out in the first place. In other words, pre-bunk means proactive censorship, so they’ll try to silence us before we say anything!

The authors revealed that the DHS advisory committee of CISA was concerned about information that undermines “key democratic institutions” such as the courts or other sectors such as the financial system or public health measures. The CISA advisory committee, which includes Twitter’s head of legal policy, trust, and safety, Vijaya Gadde, assisted in drafting a report to the CISA director calling for an expansive role for the agency in shaping the “information ecosystem.”

Unfortunately, the authors reveal that the DHS’s censorship efforts have only expanded since the Ministry of Truth was disbanded. They talk about how sub-agencies like Customs and Border Protection are somehow responsible for determining whether information on social media is accurate.

Meanwhile, sub-agencies like the Science and Technology directorate get the final say on whether you're a bot or a human. As expected, the DHS’s online efforts are becoming so significant that they are slowly starting to eclipse the agency's original purpose of fighting terrorism. This was revealed in an internal report.pdf  obtained by the authors, which includes “domestic violent extremists” as the DHS’s primary targets.

To accomplish its new goals, the DHS will work closely with NGOs to “build resilience to the impacts of false information." This begs the question of who is funding the NGOs that are getting ever more involved in the affairs of the average person.

The authors also note “intelligence agencies backed new startups designed to monitor the vast flow of information across social networks to better understand emerging narratives and risks.” It makes one wonder how some blockchain analytics companies got their funding. The main takeaway is that the US government's suppression and censorship of information on social media have only continued to increase. 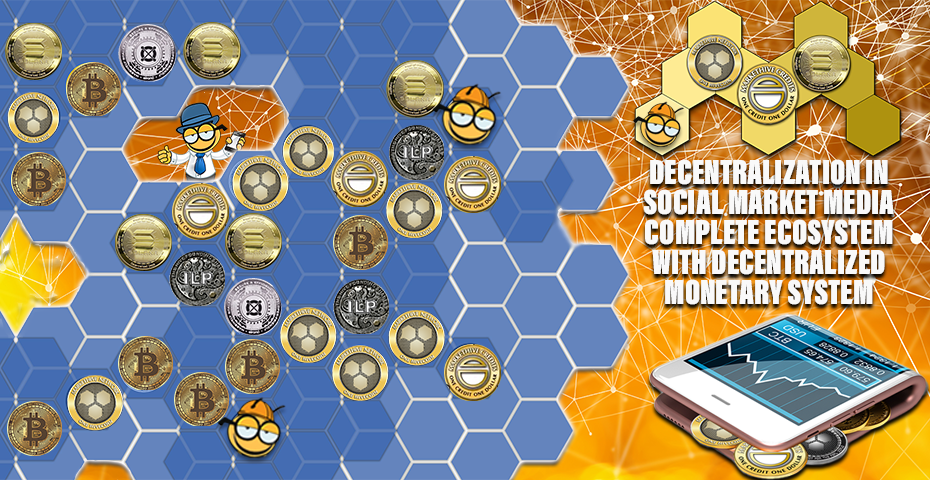 Regardless of what is being orchestrated by these agencies and NGOs, information is still being disseminated, and nefarious actors and corporations are being exposed for the world to see. Facebook has suffered and arguably is dying because of its involvement which has become more apparent in recent years.

Even if the centralized legacy social media platforms survive, more and more people with a voice are migrating to alternative platforms. Creatives and critical thinkers who refuse to be surveilled and silenced need a decentralized, free-thinking platform to continue their quest without the concern of looming censorship or being de-platformed.

The technology that is available today makes it possible for social media decentralization. For a decentralized social media platform to work, you need a blockchain, a smart contract, and a decentralized, scalable, and secure cryptocurrency. Distributed data centers and cloud systems that do not rely on centralized servers are essential to minimize the risk of being tracked or shut down by centralized agenda-driven entities.

In markethive’s case, this technology is its foundation, and the steps taken to make it impenetrable are being implemented, starting with the Markethive wallet, which houses multiple mechanisms and is the comprehensive center for all your transactions and facilitations in this decentralized ecosystem.

With the wallet on the cusp of being launched, Markethive’s five-channel newsfeed, which includes a general newsfeed, video channel, curation, blogging interface, and conference or live streaming channel, is next to be integrated.  It means we don’t have to rely on centralized streaming platforms or upload videos parked on a “woke” video platform.

Markethive, the company, will not police content or censor members. The community will discern what they deem unacceptable content by simply blocking an offending user. Personal configuration of algorithms will also be an effective tool for choosing who and what you want to see on your feeds. This meritocratic culture understands that individuals can think and do for themselves and not be told what is “dis, mis, or mal information.” What the autocratic powers believe to be disinformation and deem illegal is questionable and the very least.

With an opaque summary of the topic, their artificial intelligence surveillance can’t track the nature of the content if it happens to be controversial and against their narrative. If the oppressive platforms do delete your video, it will remain on Markethive’s distributed system. It’s important to understand that all feeds or channels will be secure and remain your property. This is the solution to get your message out to people who need the truth about what’s happening worldwide.

Markethive has many members in Russia and other parts of the world that have been seriously impacted by the global elites and governments creating false narratives and particularly sanctioning the Russian Federation, all for their personal gain. Believe it or not, the people trying to enforce these sanctions and censorship standards are the most corrupt of all.

Markethive is the answer for those who have fallen through the cracks in the chaos the powerful few continue to instigate. The direction Markethive is going is to create an ecosystem that does not depend on greedy leaders or the political climate. Its promise and vision of what it's all about are to give access to the platform to everyone worldwide.

Editor and Chief Markethive: Deb Williams. (Australia) I thrive on progress and champion freedom of speech. I embrace "Change" with a passion, and my purpose in life is to enlighten people to accept and move forward with enthusiasm. Find me at my Markethive Profile Page | My Twitter Account | and my LinkedIn Profile.