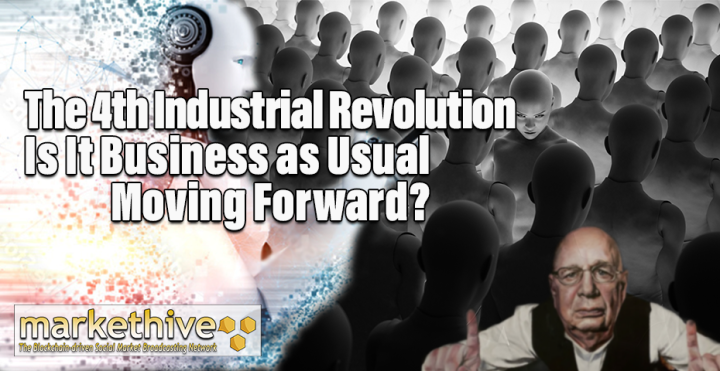 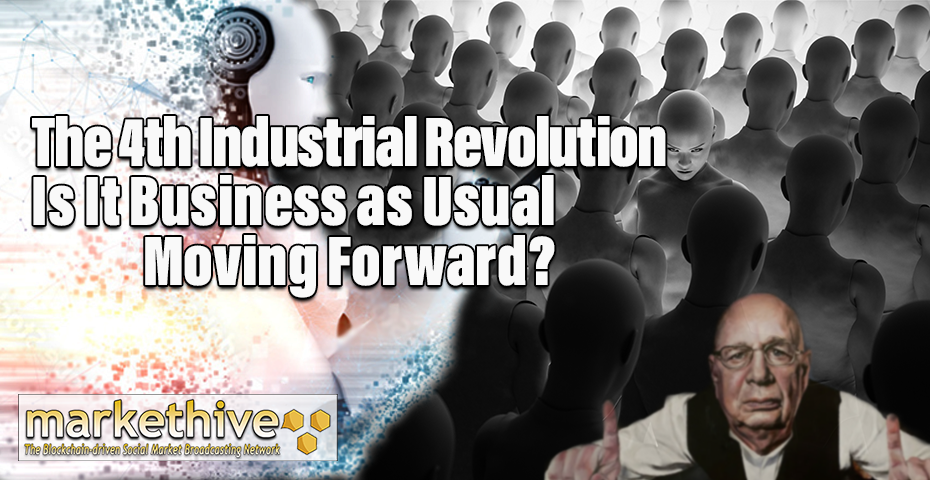 The world as we know it is going through a significant shift. In this article, I look at some key themes and what that means for the future of business.

It is challenging to think of 2020 and not think of Covid 19 and lockdowns due to the relentless media coverage of it and the political messages from leaders worldwide.

The fallout is that massive change is deemed necessary by governments worldwide in the name of health, and now with a heavy emphasis on the environment.

With the passage of time and the pushback coming from protests, declassified documents, and civil lawsuits, more and more people are waking up to the possibility that things have not added up and maybe another agenda is at play.

A central figure during this period has been Klaus Schwab. For a long time before 2020, he has been talking about a much-needed Fourth Industrial Revolution. He wrote a book with that title published in 2016/17. 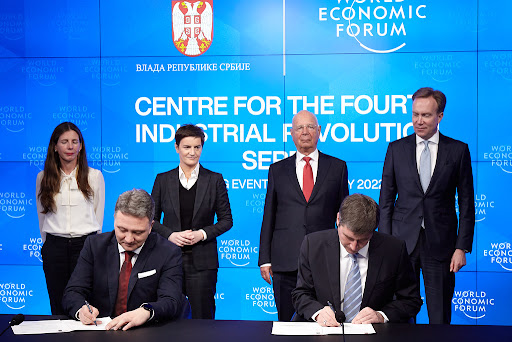 What was he referring to, and how does it connect with everything that has played out so far? The philosophy revolves around how we live, work, and relate to each other; a central piece of this is technology.

We can now see the emergence of themes such as artificial intelligence, the internet of things, virtual reality, and the move to introduce programmable money called Central Bank Digital Currencies. The underpinning layer to this is a new world order where control is from a central base in a top-down, authoritarian approach.

The combination of a New World Order with CBDC as a core component would put a final nail in the coffin of democracy, even though the governmental systems of ‘rules for thee but not me’ have continually demonstrated that democracy has existed in theory for the most part.

In case you think that CBDC is a relatively new idea that has gathered speed in the wake of the last two years, you would be mistaken.

Many who claimed that the last two years were all about an orchestrated effort to bring about vaccine passports, a social credit system based on the government’s version of a digital currency, were considered conspiracy theorists. Now it seems their call was accurate.

Look at the CBDC tracker in this diagram to see how far the groundwork has progressed. You can see how many countries are in the research, proof of concept, or pilot stage.

It seems ironic and convenient that FTX recently collapsed in the way it did, followed by swift proclamations from all corners of the political sphere that more regulation is needed.

Growing evidence of involvement in the FTX scandal from across the political spectrum has emerged, leaving many considering whether certain powers created this problem, so they could provide further false justification to usher in their solution.

Were SBF and FTX used in the war between centralization and decentralization to swing things in favor of the WEF agenda and remove cryptocurrency as a competitor?

James Murphy, an SEC attorney and securities lawyer, alluded to fraud and political entanglement at the very minimum in this Coindesk article, in which he lists questions that still need proper answers. He is also predicting an even greater cryptocurrency crash in the wake of recent events.

The domino effect is being felt with BlockFi, for example, recently filing for chapter 11 bankruptcy. Gemini and Genesis appear to be in trouble too. Certain coins are getting delisted from Coinbase due to low usage.

No sooner has the covid narrative started to fall apart than the emphasis has quickly shifted to emergency climate change, with carbon being the focus and reports of climate lockdowns emerging in certain areas, on top of airport travel disruptions.

The intended fourth industrial revolution, directed by the globalists, emphasizes a technocracy designed to control the masses and crush businesses threatening their agenda.

The farmers in the Netherlands are the latest example of being victimized and monopolized by government officials through asset stripping of their land. Asset stripping of this nature has nothing to do with restoring personal well-being and economic freedom.

The Future of Business

The populace is being ushered into a small zone of mobility. In that zone, working from home is more prevalent. More energy is given to the online world due to further digitalization in place of customer service. The line between the physical world and the virtual world is becoming blurred through Artificial Intelligence. Tracking devices are becoming an inherent part of everyday technology.

Consider the mind-boggling possibilities of today’s technology, particularly with Artificial Intelligence. It is one thing to be able to diagnose disease quicker, yet quite something else to find you have lost your job to a robot.

I recall watching a clip on artificial intelligence applied to a picture of Barack Obama to create a video clip that looked and sounded like him but was not him. I could not tell the difference. I also recall watching a clip about voice-to-text speech in which an internet marketer had paid a lot of money to several individuals to use their photos in technology and change their appearance.

This documentary expands on Artificial Intelligence and its nature as a double-edged sword. The implications depend on who is wielding that sword and to what end.

You can also see how this could connect to a social credit score system, where you are penalized should you not comply with the establishment. Since CBDCs are controlled by the Central Banks, they can turn off your access to money with the click of a button.

There is also a difference between suggested changes and those imposed on you. People are looking at alternative payments, such as gold and bitcoin, to free themselves of this system. Looking at practical alternatives that support the decentralization of power is essential.

The key for entrepreneurs is maintaining integrity around core values where they are genuinely helping clients through their offerings. It is vital to return to or keep fundamental principles rather than to sell your soul and take the path of least resistance for business to survive and thrive.

As Robert Kennedy junior says, "you cannot comply your way out of tyranny.’" One thing is for sure. It is not business as usual anymore, as the walls of globalization intrude further into business. The farmers in the Netherlands experienced this firsthand.

Here are three things to encourage you to defer from participating in the dangerous game they are playing while adding strategies in your favor as you seek to serve your clients with dignity, honor, and respect.

It is essential to realize that using so-called status and related power to enforce a new world order where the few control the masses is not true power in the real sense.

It is about force, based on manipulating information and people to suit an agenda rather than encouraging progress through discussion and democracy. Their version of the truth revolves around their say-so rather than education and transparency in a debate.

Those who rely on force and its weapon of fear and propaganda cover up a truly disempowered state based on separation and scarcity perspectives. They fear that people will awaken to their deceptive and manipulative agenda and bring it to an end through a cooperative way of being.

Therefore, it seems ironic that ‘we the people’ comply en masse out of fear arising from the abuse of status and referent power as if we are powerless.

This short video expands on the theme of power. It follows the rise of Vaclav Havel, a blacklisted playwright in Czechoslovakia who became President in the 80s. He wrote an essay on what he learned about power.

Most importantly, he talks about what it means to operate outside a totalitarian system and live in truth and the practical ways people can realize this.

Another resource worth mentioning is a book called Power v Force by David Hawkins, which goes into more depth on this subject. When you grasp the distinction between force and power in your heart and not just your head, it may awaken you to rise above the fear with a greater appreciation of your power when used as a force for good.

This is the way of empowerment. Be willing to rise above your fear and live in truth for the sake of humanity and future generations.

Network Effects has a ‘bible’ dedicated to the network effect, which addresses the technical aspects of networks and the fundamental underpinning layer of people, value, and communication.

They conducted a sizable study in which they surveyed no less than 1000 unicorn companies and concluded that ‘Network Effects are still responsible for 70% of the total value in tech in 2022.’

Let that sink in. When a group gathers in community fashion around something they believe in, and the numbers increase to a critical mass, there is no turning back, a little like the 100th Monkey Effect.

The network effect of businesses creating communities of people who know, like, and trust them because their products and services embody the vision to serve their clients is a winner. Apply yourself diligently with a dedication to this principle.

The entrepreneur has an opportunity to take a stand and hold a mirror up to how businesses can serve and enable people to thrive and achieve economic prosperity. 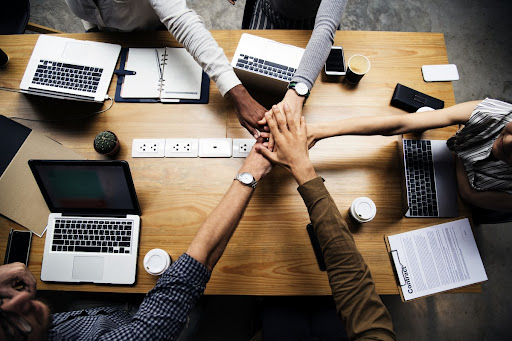 Nature has inherent intelligence and is excellent for regeneration, clarity, and perspective because it aligns with the Natural Laws.

So, take time away from your computer to be in nature where and when you can. Now more than ever, the entrepreneur needs a clear and strong mind with a well-balanced perspective and creative spirit for present and future challenges.

Connect with your true power and potential. Reinforce your basic principles for life and business through journaling. Reflect on what functional structures will give your business more independent operational freedom.

Connect with people of principle for encouragement and strength. In the British Isles, more communities of people assemble to support lives and businesses while developing international networks of friends.

Markethive is another example of a parallel business ecosystem and community built outside the walls of totalitarianism in politics. It has a community membership of at least 200 thousand. You are welcome to join us.

It creates the perfect storm, a safe harbor, and a platform where entrepreneurs can operate freely to build such communities. Empowerment and the community effect will rise above anything else.

We have the opportunity to be proactive in shaping the Fourth Industrial Revolution and restore humanity to its rightful state, where well-being and economic prosperity can reign once more. It is time for the entrepreneur to rise and deliver a new economic vision.

About: Anita Narayan. (United Kingdom) My life's work is about helping individuals to greater freedom through joy and purpose without self-sabotage, so that inspirational legacy can serve generations to come. Find me at my Markethive Profile Page | My Twitter Account | and my LinkedIn Profile.