CBDC: The Greatest Violations of Human Rights in the Central Banking History 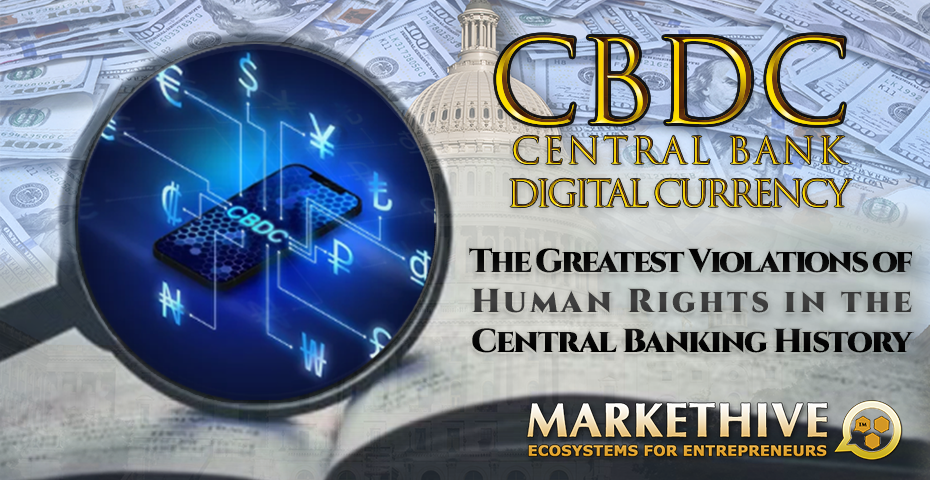 The creation of blockchain technology solved a decades-long computer science problem and released a financial revolution in the form of cryptocurrency. Digital currency has taken the world by surprise. It has been adopted by hundreds of millions of people globally and is worth approximately $1 trillion in market capitalization based on daily fluctuations in US dollar prices.

As you can see, the legacy system has closely watched the rise of bitcoin with a combination of admiration and fear. Many traditional institutions, especially central banks, are impressed with the creation of genuinely digital currency, along with how quickly people have adopted this technology in every economy. These people are observing in fear as they admit that their institutions have no control over the money supply in this new digital financial system.

The control and production of money have historically been reserved for central banks, but this monopoly on money is directly tied to the central bank's close relationship with the government. The government has a monopoly on violence, so they can ensure that central banks will continue their precise control and production of money. Any attempt to circumvent the main banking structure has been met with a swift and ruthless response.

This is why the decentralization of cryptocurrency is so essential. Since central banks can not rely on governments to close down this new entrant to the financial system, central bankers have been forced to examine how they can contend in the free market.

Central bankers aren't known for being innovative. I would argue that central bankers are profitable because they move at a glacial pace and make systemic bets on the world-changing very slowly. But crypto has threatened these institutions to consider digitizing their fiat currencies in a way that emulates the blockchain technology but contains some key differences.

So why are they considering this transition?

The optimistic person would argue that incorporating new technology is an attempt at modernization for an antiquated system. Users of central bank digital currencies (CBDCs) could send any amount of money whenever they want. The idea of long hours of operations would be a thing of the past. The payment rails that CBDCs will be built on would be more efficient, faster, have reasonable transaction fees, etc. Lastly, there would be increased transparency in the system, which theoretically could decrease crime and improve the market's safety.

That is the positive perspective. But we have to be extremely careful here. Central bank digital currencies will likely be one of the most significant human rights violations in history.

Central bank digital currencies eliminate the privacy and decentralized nature of physical cash. It creates an environment where central banks control every aspect of a citizen's financial life.

Here are some instances of the awful events that we can expect to see in the coming decades:

Central banks can manipulate interest rates and expand/contract the money supply. Any modifications that they make are applied to all citizens equally. Market participants may likely make decisions to benefit or suffer from these outcomes. Nonetheless, the dollars I hold are subject to the same monetary policy as yours. This is going to change with CBDCs.

The central bank can personalize the financial approach to the individual. Just as your search results, newsfeed, and music playlists are personalized based on enormous amounts of data, the same is coming to money. Maybe I get a higher inflation rate to get me to spend money while you receive a lower inflation rate. Differentiation of Monetary Policy can be reduced in a million ways, including where you live, who you are, your wealth status, your occupation, your purchase history, and much more.

Once a central bank's digital currency is in a population's hands, the central bank has solidified complete control. They will no longer need the court system or summon emergency authorities to tell you whom you can transact with. This can all be executed through remote, digital technologies.

These central bankers can see what is in your bank account, whom you transact with, what you purchase, and anything else they are curious about in your financial life. That full transparency with the state removes all elements of privacy while also allowing the institutions to censor any transactions that go against what they want, regardless of whether they have a legitimate reason or not.

When central banks and governments gain complete control over the financial system, they can reward or punish individual citizens for their actions. Have you been overeating candy? You can't buy candy anymore. Have you been gambling? Now you can't use public transportation heading in the casino's direction.

This sounds like crazy talk until you realize that the Bank of England is openly discussing this in public now. China already has one in place. Canada is executing one in real-time right now. Are you fat? Only healthy food can be purchased. Do you associate with people the central bank doesn't like? No entertainment for you. This is a deadly slippery slope that is coming quickly.

Central banks would constantly try to incentivize people to spend more money in the economy to increase the momentum of money. Without the speed of cash, the system starts to break down. So what better way to increase the money rate than to have people's money expire if they don't spend it in a certain period. The United States already has a version of this in operation through SNAP benefits and EBT cards, where the money expires one year after it is issued unless it has been used. The intention is that the government will enhance this idea of expiration of funds to include shorter timelines and a more specific number of programs in the future. 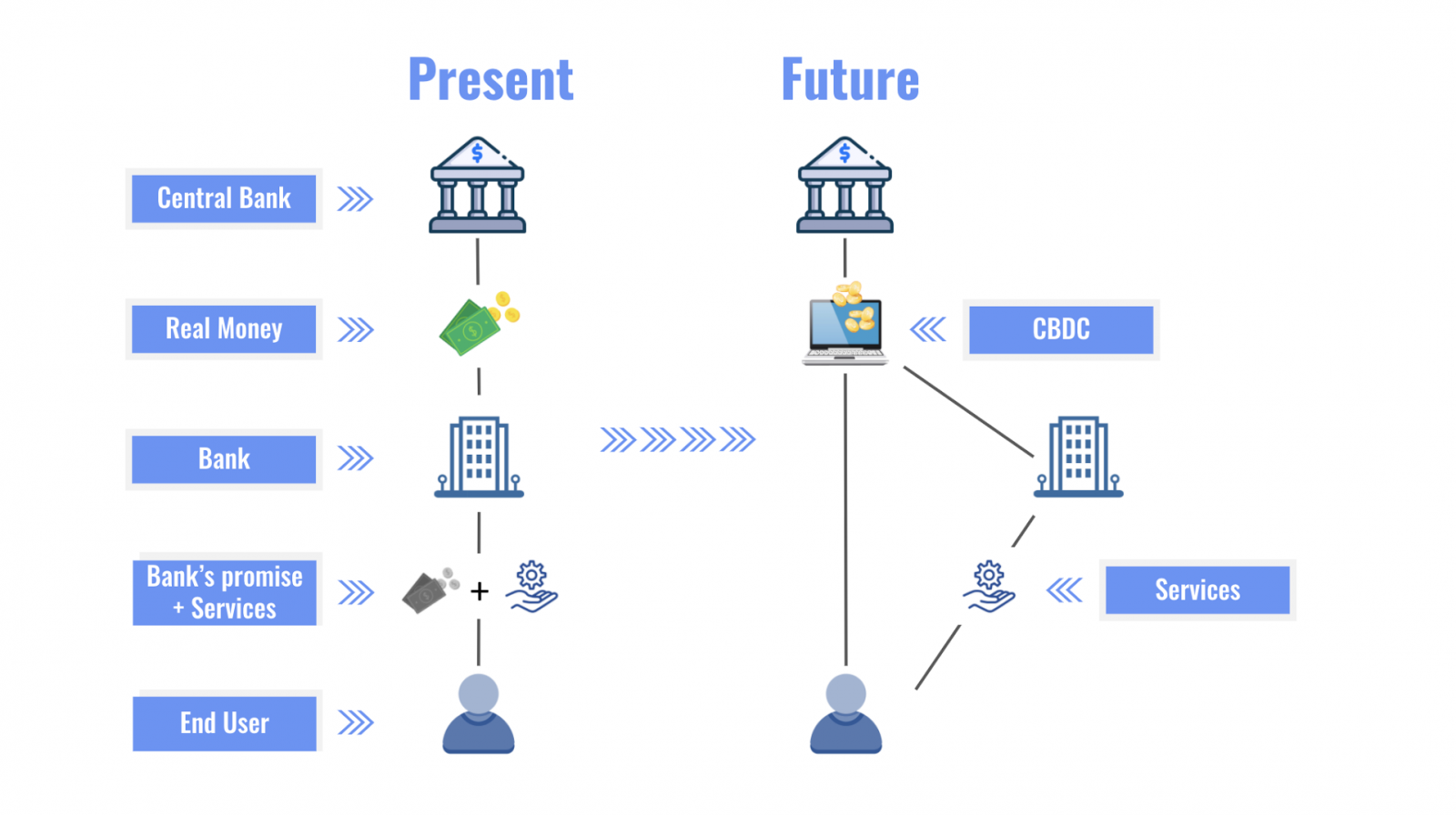 These are just four examples of various activities that I anticipate central banks will engage in once they successfully create and distribute central bank digital currencies (CBDCs). As the saying goes, absolute power corrupts absolutely. The dream of every dictator or authoritarian leader globally is to have complete control over every aspect of their citizens' lives. Suppose the government can not only censor your financial transactions based on a social credit system, but it can also personalize the monetary policy and give you money with an expiration date. In that case, we are headed to a dystopian future that no one will want to live in.

The fundamental human right is that we are all born free people. The creation of central bank digital currencies will eliminate that premise. Every human born will be starting in an authoritarian state that requires them to be a digital slave to a central bank with total control over their life. If you don't have the freedom to transact, you don't have freedom at all.

Central bank digital currencies are the next frontier for the battle for freedom. Every human being should have the right to financial privacy and independence. This is a meaningful conversation that must start now. Without global awareness, central banks will pull off the most significant human rights violation, and citizens will cheer them on while they do it.

Congrats to Chyene Pitts, a student at Phillippi Shores Elementary whose art is featured in the 2022 NEST Calendar for July.

Talking about our problems is our greatest addiction. Break the habit. Talk about your joys.

#SRQCountyMMS welcomes David Jayroe, our new Molecular Biologist. He is tasked with monitoring mosquito-borne disease in Sarasota County. For information on how to protect yourself from mosquitoes and their potential diseases, visit: https://loom.ly/Yl3gzeo