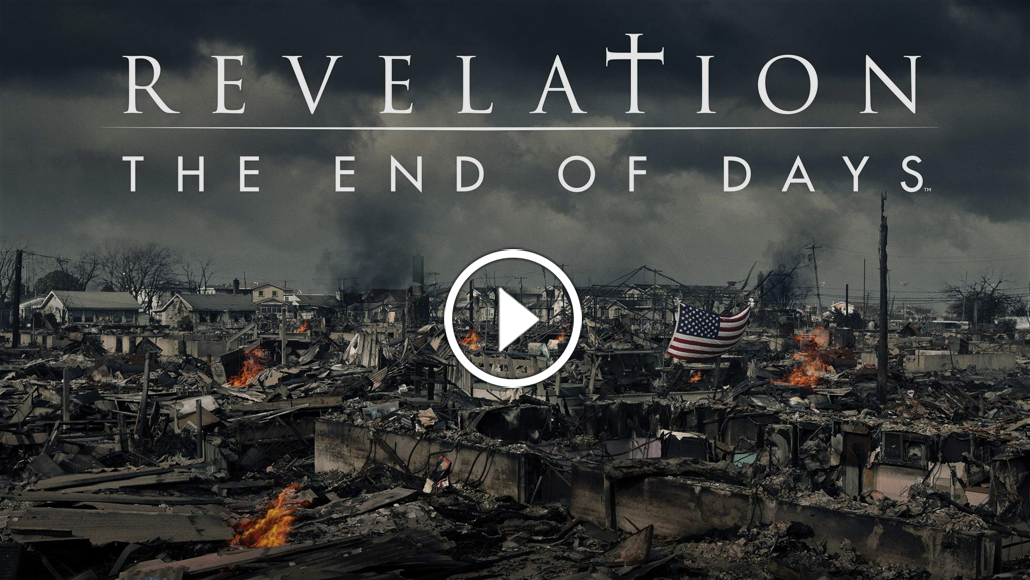 If you don’t think that we are living in the last days that
Jesus Christ spoke about then you had better think again! 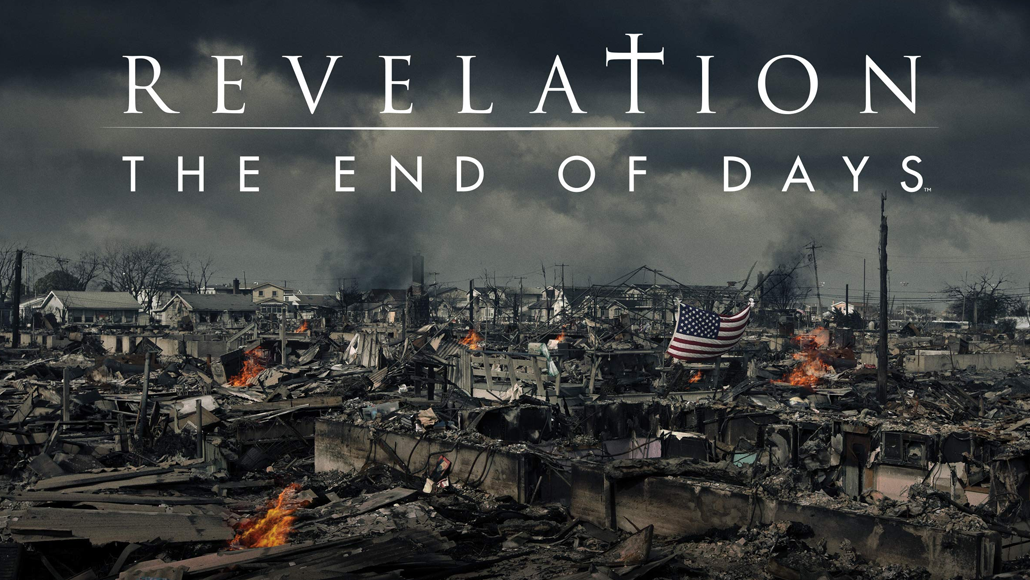 How much evidence do we need in order to wake us up?!

Jesus told us that in the last days there would be many deceptions, that the hearts of many would grow cold, that lawlessness would abound, that ethnic group would fight against ethnic group, and kingdom against kingdom, that there would be famines, pestilence, and earthquakes in various places, that all these are as birth pangs, that they shall all increase with frequency and intensity.

Well my friends we are in the heat of all of these things happening right now at the same time, and that is what makes each and everyone of them signs of the end times, that they are all happening together at the same time and increasing in both frequency and intensity, as the nation of Israel once again stands as a nation.

Think about what is happening now:

Deception.  There has never been a time in human history (other than the days of Noah) that deception has been so great and rampant in the world.  We are being deceived by the people that we should be trusting, in people that have control over our lives, over our health, over our well being, that list includes politicians, doctors, scientists, and even leaders in the church!

The hearts of many growing cold.  The hearts of many are growing cold, as people refuse to believe in God or the power of God.  They instead turn to fables and fairy tales, to false gods, and to their own opinions instead of the word of God.  People are turning against each other at astounding rates, becoming unloving, unforgiving, and hateful against one another, at a rate I have never before seen in my lifetime.

Lawlessness.  If you haven’t seen the lawlessness abounding in our lifetime then you must be dead, or braindead at best, or perhaps blind or deaf.  The lawlessness has increased at such drastic levels that it seems as though the world is headed into complete and utter chaos and disaster!  And to top it all off, the government is defending this lawlessness which is lawlessness in and of itself.  Then there is a call to defund the police!  This will only bring about more and more lawlessness.

Confusion and Chaos.  People in the world today are confused about almost everything, they aren’t sure just what to believe anymore, and they are believing things which just aren’t true or are ungodly and unholy.  This confusion brings about chaos, as people strive for things which bring about more lies and destruction.  They support things which God tells us are abominations to Him, things which only lead to disaster and destruction, and government leaders are adding fuel to the fire by pushing lies and propaganda for a New World Order.

“whose minds the god of this age has blinded, who do not believe, lest the light of the gospel of the glory of Christ, who is the image of God, should shine on them.”

Natural Disasters and Fear of the Unknown.  Over the course of the past several months we have witnessed many very large earthquakes throughout the world, some of which have killed many people and left in their wake much destruction.  We have also seen destructive hurricanes, wildfires, and floods, all destructive, all killing and destroying whatever lies in their path.  We have seen the increase of pestilence and famines, and the fear of these things coming upon us.  And we have seen fear of the unknown and what may come increasing causing people to do things that they normally wouldn’t do, and following along with whatever they being told, no questions asked!

Government against it’s own people.  We see Joe Biden fleeing from Afghanistan while leaving behind thousands of Americans to fend for themselves, while at the same time he is welcoming thousands of illegal aliens to walk right into this country!  He is forcing millions of Americans to either take an unsafe so-called vaccine or face loosing their livelihood, while at the same time allowing illegal aliens to flood the nation without even being tested for Covid-19!  He is treating illegal aliens better than he is treating Americans themselves!!!  While many Americans are being thrust into poverty thousands of illegal aliens are being thrust into wealth, given an income, food stamps, healthcare, and education!  Our nation is being divided, a very significant portion of our nation is being demonized by our very own government, being labeled as terrorists and insurrectionists, as second class citizens!

Something seems wrong with the world.  Yes, things are amiss, but we were told by Jesus Christ Himself that things in this world would be this way before His return.  These are signs my friends, signs of the return of Jesus Christ to this world, at His second coming.  Yet, if we are that close to His second coming then how much closer are we to the rapture of the church?!  That much close my friends, that much closer, in fact at least 7 years closer!!!

The things happening in this world are not by chance, no, they were foretold to happen by our Lord and Savior, Jesus Christ!  These things will happen, and when they do we are to look up for our redemption draws near.

Who in their right mind would have ever thought that they would see the things that are happening in the world today?  Who?  I sure didn’t!  I knew that things were going to get bad before the rapture of the church, but I didn’t expect to see them happening.  All of these things are setting the stage for the coming One World Government under the dictatorial and tyrannical rule of the Antichrist.  Doesn’t the world look as though it is getting ready for it?  It most certainly does to me.

And not only are all of the things that I mentioned above happening, but we are one step closer to a digital currency, to the Mark of the Beast!  People are also being brainwashed and conditioned to accept the Mark, to accept what they are told by a one world ruler, to do it in order to survive, in order to have peace and security!  How many people do you know that just willingly accept what the government and MSM tell them?  Willingly accept that the coronavirus vaccine is both safe and effective?  How many do it without doing any research on their own and without any questions whatsoever?!  It’s warfare my friends, psychological warfare, spiritual warfare!

Threaten people with fear and they will comply.  Threaten to take away their livelihood, their healthcare, their ability to buy or sell, threaten their peace and security.  Fear, it’s a controlling force, and the Elite know this and use it to the best of their ability, Satan knows this and also uses it to the best of his ability!  But Jesus told us not to fear, but to trust wholly in Him!

“And do not fear those who kill the body but cannot kill the soul. But rather fear Him who is able to destroy both soul and body in hell.”

“Fear not, for I am with you;
Be not dismayed, for I am your God.
I will strengthen you,
Yes, I will help you,
I will uphold you with My righteous right hand.”

“Be anxious for nothing, but in everything by prayer and supplication, with thanksgiving, let your requests be made known to God; 7 and the peace of God, which surpasses all understanding, will guard your hearts and minds through Christ Jesus.”

“For God has not given us a spirit of fear, but of power and of love and of a sound mind.”

“But now, this is what the Lord says…Fear not, for I have redeemed you; I have summoned you by name; you are mine.”

Fear not as you see the day approaching, and know that God is with you and on your side, as long as you place your faith and trust in Jesus Christ!  Look around you and see the signs for they are all around us, Jesus is coming soon!

Accept Jesus Christ as your Lord and Savior, before it’s too late!!!

The CDC is investigating an outbreak of listeria infections linked to Big Olaf Creamery-brand ice cream, which is only sold in Florida. The manufacturer is located in a Sarasota area Amish community.
https://www.winknews.com/2022/07/04/listeria-outbreak-linked-to-sarasota-area-ice-cream-company/

Cleared: Emergency vehicles in Collier County on US-41 South, beyond San Marco Rd (CR-92). All lanes closed. Last updated at 10:25 AM.

As @smokey_bear would tell you, more human-caused wildfires start on July 4th than any other day of the year. Follow local fireworks restrictions, be safe, and when possible, leave the fireworks to professionals and nature.

Check out some info on nature’s fireworks! #4thOfJuly