The Order Of The Knights Of Malta Under Threat 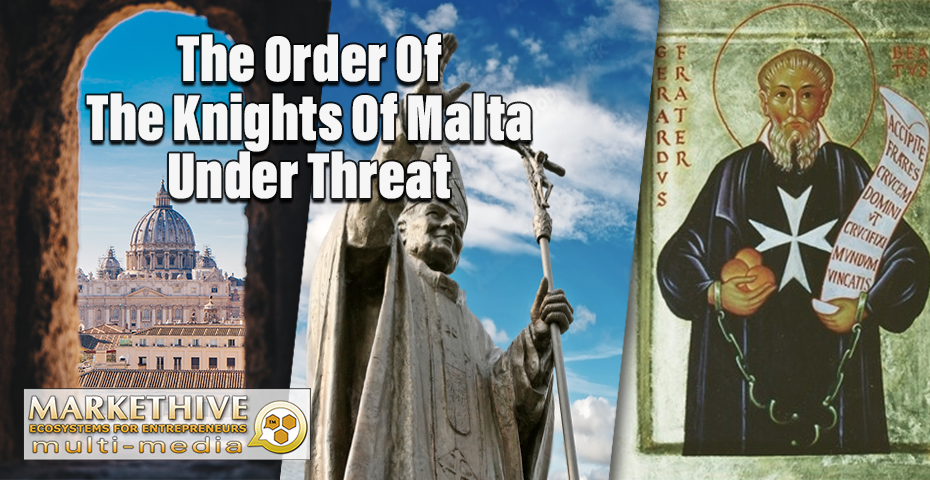 A famous order of knights is fighting for survival. The Vatican tightens the noose.

One of the most famous and oldest Christian knightly orders found itself on the verge of a deep crisis. His unique independence crumbles under the pressure of the Vatican. The order was founded in the 11th century in Jerusalem; its abbreviated name refers to its later seat on the island of Malta.

It was headquartered in the Kingdom of Jerusalem until 1291, on the island of Rhodes from 1310 until 1522, in Malta from 1530 until 1798, and in Saint Petersburg from 1799 until 1801. Today several organizations continue the Hospitaller tradition. 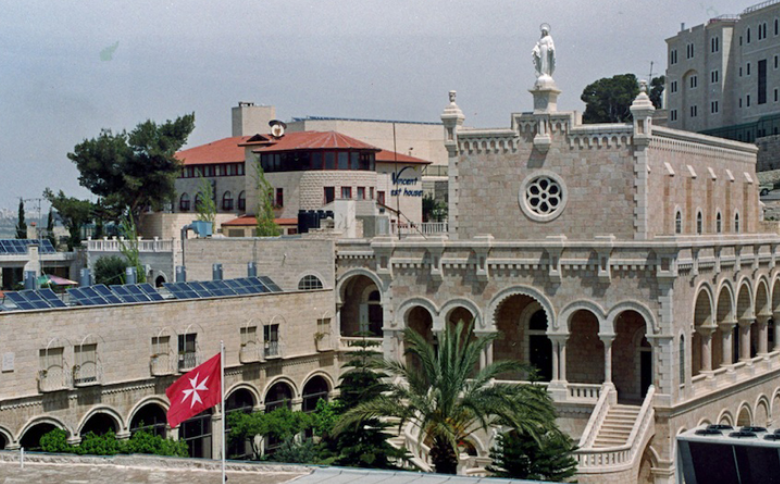 Though originally was the order founded in Jerusalem, instead of waging war against the Muslim conquerors, the Order of Malta has long been concentrating on its second traditional mission, caring for the sick, the elderly, and the homeless. It employs over 40,000 people in 120 countries, including the Czech Republic, and tens of thousands more work for it as volunteers.

Now, more than 900 years after its recognition by the Pope, the order is shaking in its foundations, and there are fears of its possible disintegration. Disputes escalated within the order about its future form and, above all, about the degree of subordination to the Pope. The latter wants to reform the Order of Malta from a position of religious authority and move it towards an ordinary religious order, but in doing so, it interferes quite harshly with its unique legal autonomy. 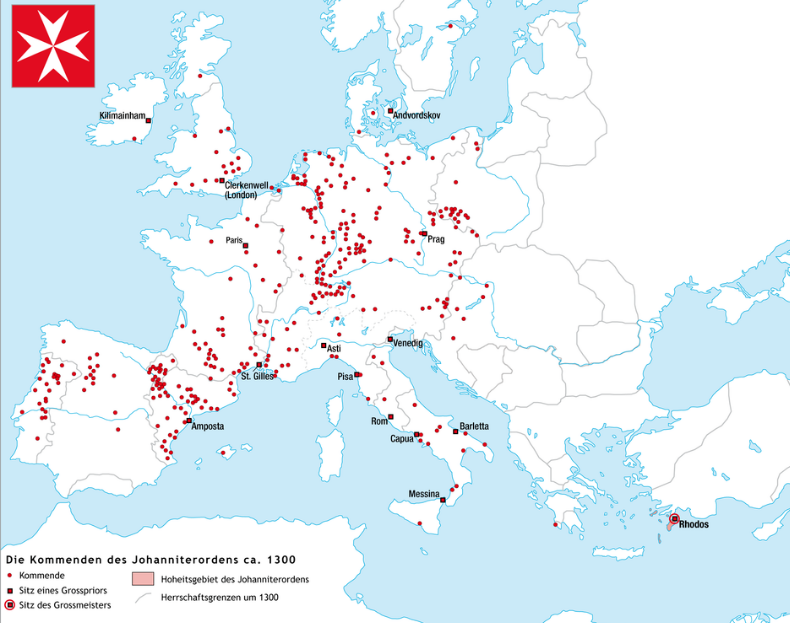 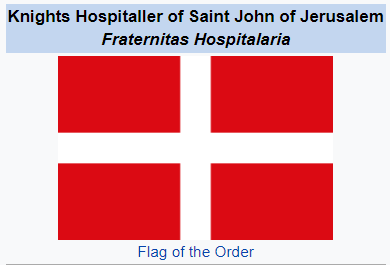 Sovereign Military Hospital Order of St. John in Jerusalem, Rhodes, and Malta, as the official full name sounds, is not just an ecclesiastical Catholic order. It is unique in that it acts as an independent, internationally recognized state department with its own government or ambassador. Authoritative interventions by the Vatican can therefore be interpreted as one state trying to dominate another.

In this respect, the religious character of the Order coexists with its full sovereignty. The Grand Master is the head of the sovereign state and, at the same time, the highest superior of the religious order community. In this second mission, the Roman Catholic Church grants him the rank of cardinal.

The founder and first Grand Master of the Order, Blessed Gerard, was born around 1040, probably in Scala, a village located a few kilometers from Amalfi in southern Italy. In the second half of the 11th century, he came to Jerusalem, where he began working in a hospital next to the Church of Our Lady of Latin, built by merchants from Amalfi to receive pilgrims and care for the sick.

Legend says that in 1099, during the siege of Jerusalem by the Crusaders, Blessed Gerard threw bread at them from the walls, but when he was arrested for this, the bread miraculously turned into stones, so he escaped punishment from the Muslim rulers of the city.

The Knights of Malta, or the Johanites, were among medieval Christianity's largest and most important knightly orders. Today, it operates worldwide as an internationally recognized medical and humanitarian organization. It is also a significant player in the field of diplomacy. The order acts not only as an ordinary charitable organization and as an actual church order, which it undoubtedly is, but also as a sovereign subject of international law, authorized to negotiate with states at the governmental level. 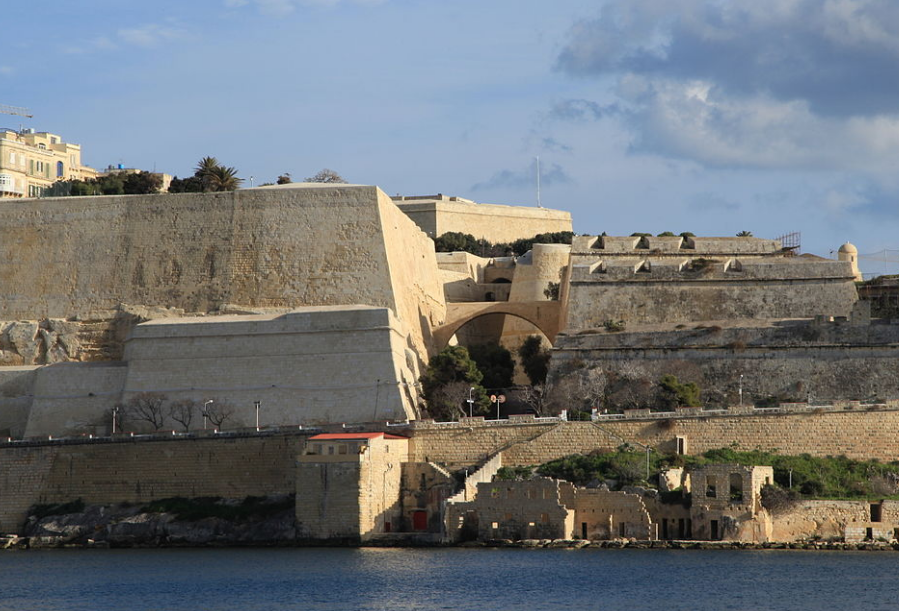 Spirituality of the order

The Order of Malta is a religious lay order according to canon law. Some of its members are religious (Professional Knights) and have taken three monastic vows: poverty, chastity, and obedience. The second group of members of the Order took a vow of obedience (obedience knights), while most knights and ladies were laymen.

The Grand Master of the Order is elected among professional knights with eternal vows. The eight points of the Maltese cross symbolize the eight beatitudes and thus clearly point to the spiritual mission of the Order. According to the Constitution, members of the Order of Malta are required to maintain exemplary Christian behavior in their private and public lives to permanently contribute to maintaining the legacy and traditions of the Order of Malta. 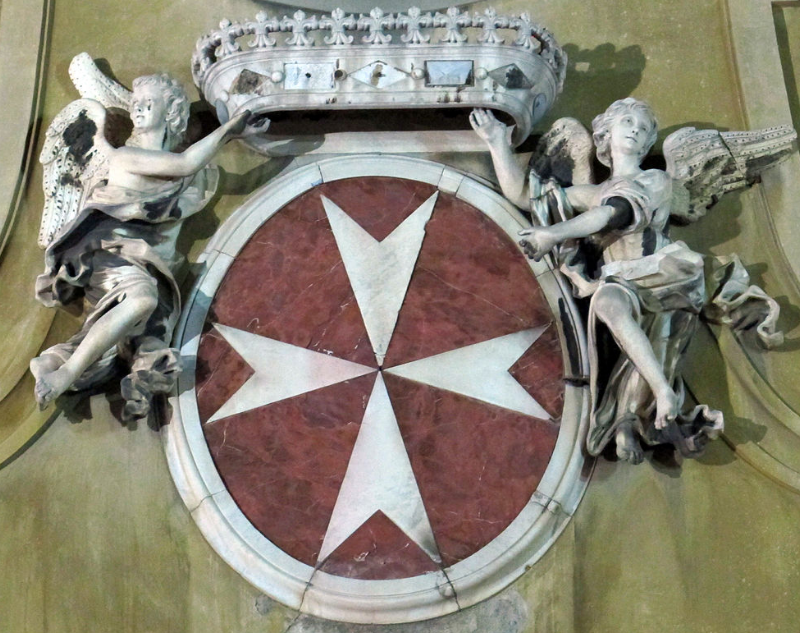 In the Czech Kingdom, the first command was established in the 12th century and continues to exist today. During the time of the Habsburg Monarchy, the Czech priory was the most important base of the Johannites (Knights of Malta) in this area.

During communist Czechoslovakia, the activity of the order was crippled, and its activity was fully restored only after 1989. The order is inextricably linked with the so-called Maltese Aid, a voluntary and non-governmental non-profit organization providing social services to the suffering and the needy in the spirit of Christian love for one's neighbor.

The Maltese order is shaking at its foundations, and there are fears of its collapse. Disputes about the degree of subordination to the Pope escalated within the order.

Johannes Lobkowicz, the former chancellor of the Czech Grand Priory, was one of those recalled who did not hide his reservations against the procedure and proposals of the papal legate.

"I sincerely hope that the Vatican is not interested in liquidating the order. But, as in previous decades, some prelates may cast longing glances at the order's property," he said in an interview with Seznam Zprávy.

Johannes Lobkowicz warns of the consequences of the reform proposals of the papal legate Cardinal Tomasi. In an interview for Seznam Zprávy, this descendant of an ancient family explains why, in his opinion, the powers of a narrow group of knights from the highest class should not be strengthened in the order.

In an interview, the journalist asks the former chancellor of the Czech Grand Priory:

“Let's assume that the papal legate implements his idea of reform, and decision-making powers in the order are concentrated in the hands of a small group of knights of the first class. What would that mean for the Order?”

“Such a change would have several consequences. The Order would lose its sovereignty and become an entity visibly controlled by the Holy See (Sancta Sedes). Contrary to current developments in the Catholic Church, there would be a massive transfer of responsibility from the lay sphere to the hands of the clergy, the governing authority and responsibility of 13,400 people, mostly lay people, would be placed in the hands of 36 men of the first order. And not because of their abilities or even piety, but simply because they took religious vows. Obviously, members of the first class must fail. This would give the Vatican a pretext to take direct control of the order and all its assets.”

The activity of Maltese Order worldwide

The Czech Grand Priory is one of the six. The others are based in Rome, Naples, Venice, England, and Austria and also have grand priories. In addition to them, order associations operate in 46 states.

Malteser International supports long-term and future-oriented development by combining short-term relief measures with a holistic and sustainable approach in the following areas: 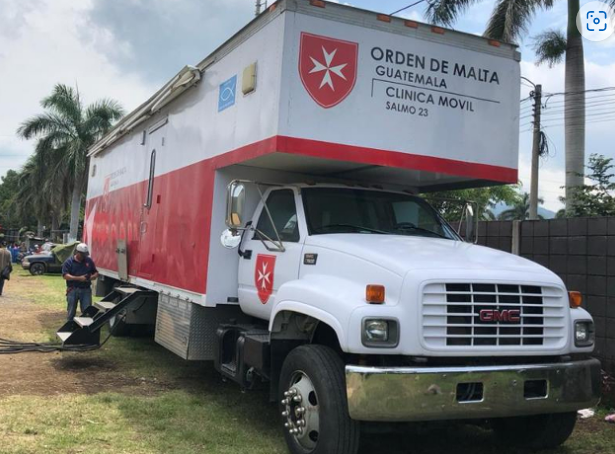 The Sovereign Order of the Knights of Malta has permanent observers at the United Nations and its specialized agencies:

United Nations in New York, Geneve and Vienna, ESCAP, FAO, IAEA, IFAD, UNHCR, WHO, and many others.

In these words, 8. January 1940 turned Pius XII. to the Knights of the Sovereign Order of St. John of Jerusalem, called first Rhodian and then Maltese. Thus, he summed up the characteristics of the oldest knightly order, the only sovereign state whose banner fluttered on the field of the crusades. An order whose mission has always been to "defend the faith and serve the poor":

"Long before nations arrived at a stable international law, long before they could realize their dream – still unrealized – of a common force for the protection of healthy human freedom, the independence of nations, peace and equality in mutual relations, the Order of St. John united in religious brotherhood and under military discipline people of eight different languages, called to protect the spiritual values that constitute the general prerogative of Christianity: faith, justice, social order, and peace."

In the last years, the situation changed. In the name of papal authority, Francis has already expressed his intention to reform the order. We will see if the Maltese knights have preserved their fighting spirit from the old days and if the Vatican's plan will succeed.

"If I have seen further than others, it is by standing upon the shoulders of giants".
― Isaac Newton