What happens to bitcoin, what is the price, and why did it fall so badly, the answers are multiple but also questions are many.

Bitcoin is the world’s first decentralized cryptocurrency, a type of digital asset that uses public-public key cryptography to record, sign and send transactions over the Bitcoin blockchain all done without the oversight of a central authority. It’s the original and most valuable cryptocurrency by far, despite its huge — and normal swings in recent months, ranging in value from less than $30,000 to more than $60,000. Bitcoin has also seen a lot of new investors, with more than half of all having bought in the past year.

The leading crypto Bitcoin is struggling to fully recover after weeks of losses. Bitcoin price crashed below $26,000 in early May amid a broader market sell-off of risky assets but has risen slightly a little many are saying all is because of the struggles and crash of TerraUSD (UST), one of the largest stablecoins, which play a big role in Bitcoin’s recent crash. Stablecoins are intended to bring stability to the crypto markets and have a similar value to hold as close to the U.S. dollar as possible, but the UST dropped below 12 cents in early May and many investors on the market panicked and sold off their coins. The Terra blockchain has officially halted and UST has remained de-pegged from the U.S. dollar since May.

So believe in Bitcoin and don't sell wait .

I believed the bitcoin will come back stronger than ever,in the end, I  want to end with a quote " People give value to things " 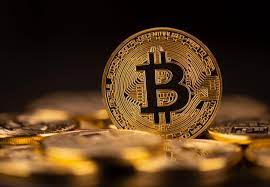