Douglas is off to a Crypto Convention in Texas and I am off to the Mayo clinic with Annette for yearly examines and tests. So Douglas and I recorded this video for you all as we won't be doing our Sunday meeting.

Here are the highlights of our recorded meeting. Douglas will be away this weekend at a blockchain developer’s convention. I will be escorting Annette to the Mayo clinic for intensive medical testing and medical for the most part of next week, leaving this Saturday for the long drive there. We will all be back to our posts by next weekend, Douglas, Annette and I. Did we mention we are developing a proprietary blockchain to handle massive terabits of data, securely and privately for the exclusive use of Markethive? Markethive's Social Market Network is a massive project. 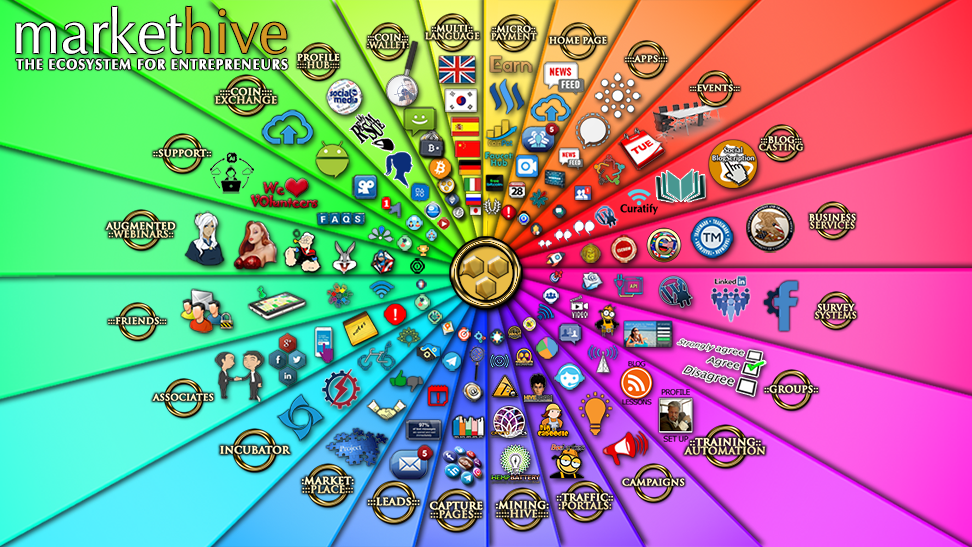 When I was initially given this project, (this vision) it was made clear that it must remain free to the masses and around that main objective I was directed to create the revenue and it was also to be shared with the leaders and early adopters and supporters of this new generation social network called a market network. Markethive was born. 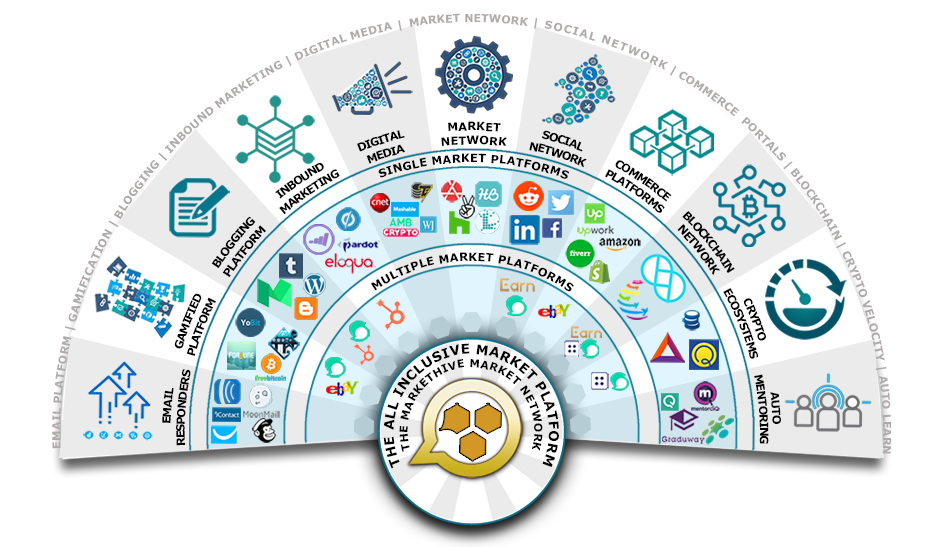 When we initially revealed this vision we shared our first white paper and mission with many of the members in our previous company called Veretekk. What was then termed a BOD (Bond of Debt), which was basically a loan paid back with 20% of the revenue to each holder of a share, the BOD was born. What was then called a BOD came to be known in Markethive as an ILP. The Initial Loan Protocol. 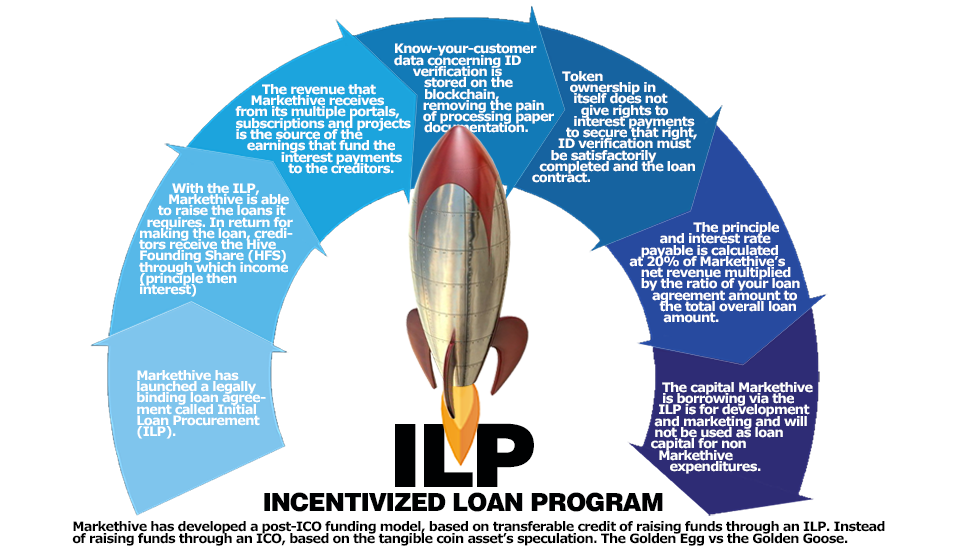 The ILP was inspired by the ICO with major differences. ICOs are speculative investments in future coin values and are often highly risky and frowned upon by government agencies for varied reasons. ILPs are loans pure and simple. They are set up as a 20 year assumable note and interest is determined by owning 1 share of limited shares of 20% of the company’s net revenues. These payments commence upon the company reaching a net revenue threshold and pay the share on a weekly basis as the interest on said loan for 20 years. When the 20 year anniversary is reached, the holder of the note can cash out for the principle or renew the note for another 20 years. A classic hypothesis is using LinkedIn as the company with revenues of 1.5 billion per quarter or 500 million per month. This is based on 750 million members. 20% of 500 million is 100 million. Markethive projects we will have about 500 ILP contracts or 500 shares of that 100 million which equates to a sum of $200,000 per ILP or $20,000 per ONE TENTH of a share per month. Whereas Markethive achieves 1% the revenue LinkedIn has those payments will still be significant as I ILP will produce $2000 per month and ONE TENTH ILP will produce $200 per month for 20 years based on this assumption.

Looking to upgrade to the Entrepreneur One before it is too late? https://markethive.com/index_members?upgrade 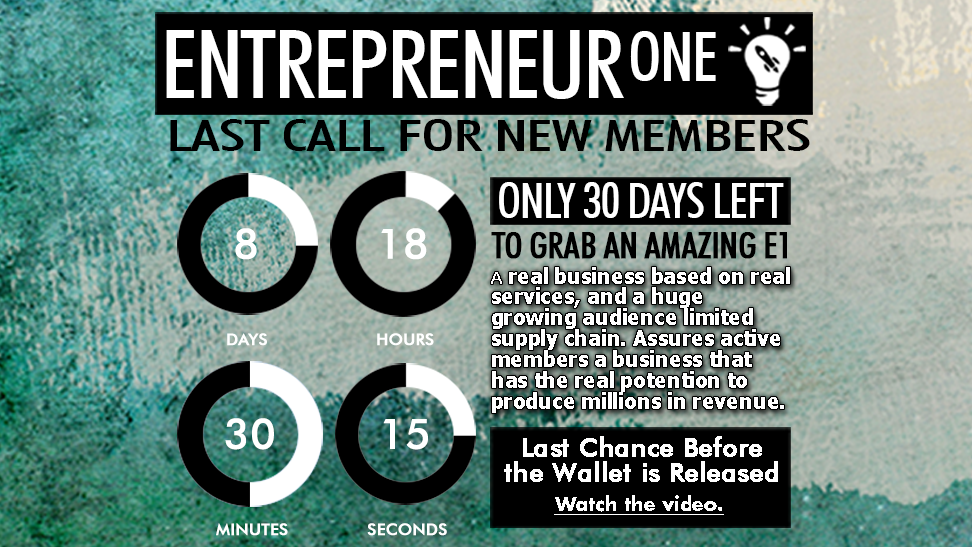 Entrepreneur One members will also enjoy advantage and potential income from every service Markethive makes available as an upgrade like our BIX (The Banner Impression Exchange) where as we have turned digital media impressions into Non Fungible Tokens with each Entrepreneur One receiving their shares of Impressions per month with the ability to offer those shares for sale on our exclusive exchange. There is nothing like this in the world. This is exclusive to Markethive and only available to the Entrepreneur One members. With the current estimated page views per month above 70 million simply divide that by 500 (maximum Entrepreneur Ones limit) and you can see the incredible long term value this represents. 70 million divided by 500 times $6 CPM  (industry average) equals around $840 per month in revenue. As Markethive grows, page views grow and Entrepreneur One revenue from the BIX grows. As demand grows CPM value also grows. Classic limited supply with an ever expanding demand as Markethive membership grows. 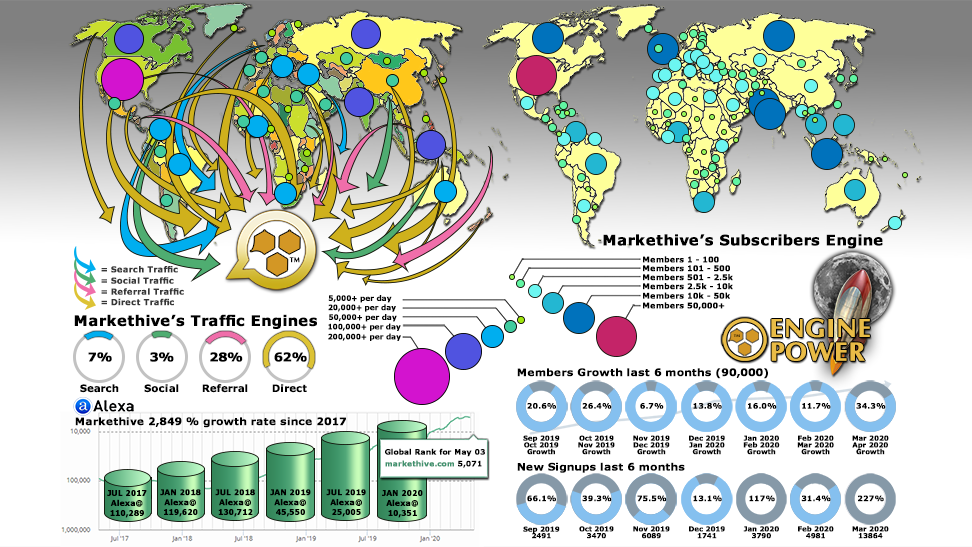 As we prepare to release the wallet and getting listed on the exchanges, we are rethinking our coin strategies. We have decided against forking our system off the Ethereum Network with the Markethive Coin (current symbol MHV) as an ERC20 coin and building instead off the Cardano blockchain. Cardano's system offers superior speed, drastically reduced fees (Ethereum Gas fees have become incredibly expensive). excellent support in co-developing our wallet and moving our entire system to the Cardano blockchain and both our companies are parallel in our mission. Therefore we have decided to release our wallets with far less coin, a new name and look. Our coin symbol will be HIVE and our coins name with be called the Hivecoin. Our coin inventory will be reduced from 888 billion to 8 billion (This is akin to us burning 88 billion coins). This will not affect any members coin holdings in their Money Clips.  What it will do is support greater coin value after our coins are released to the exchanges. 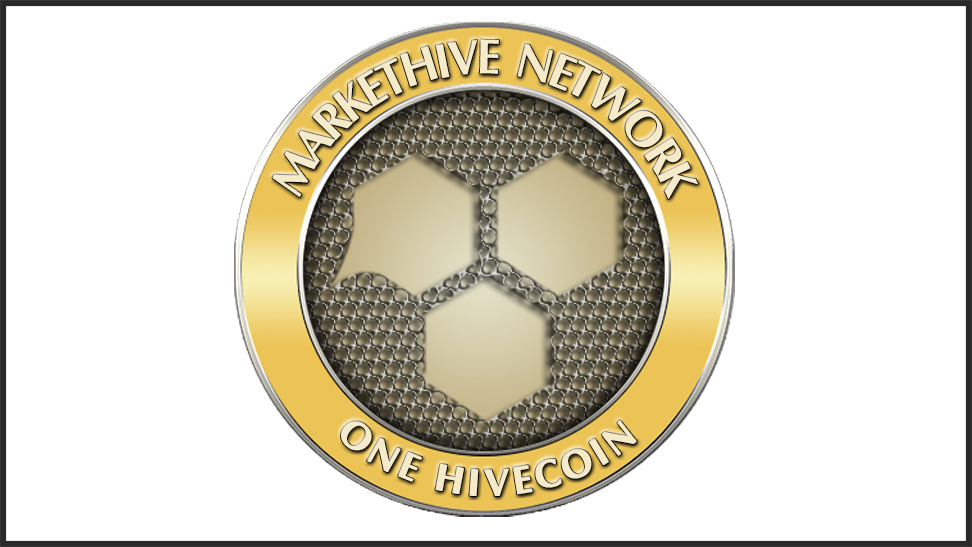 The Markethive Ecosystem will support coin demand and counter tradition pump and dump which is typical for any new coin release to the exchanges. Do you get this? With upgrade ad services like the BIX, our Press release system, our Broadcasting system, the Boost, video ads ad perpetuity, the demand for these state of the art marketing services demand will only be fundable via the Markethive Hivecoin. Classic supply and demand traditional is the force behind coins rising in value. 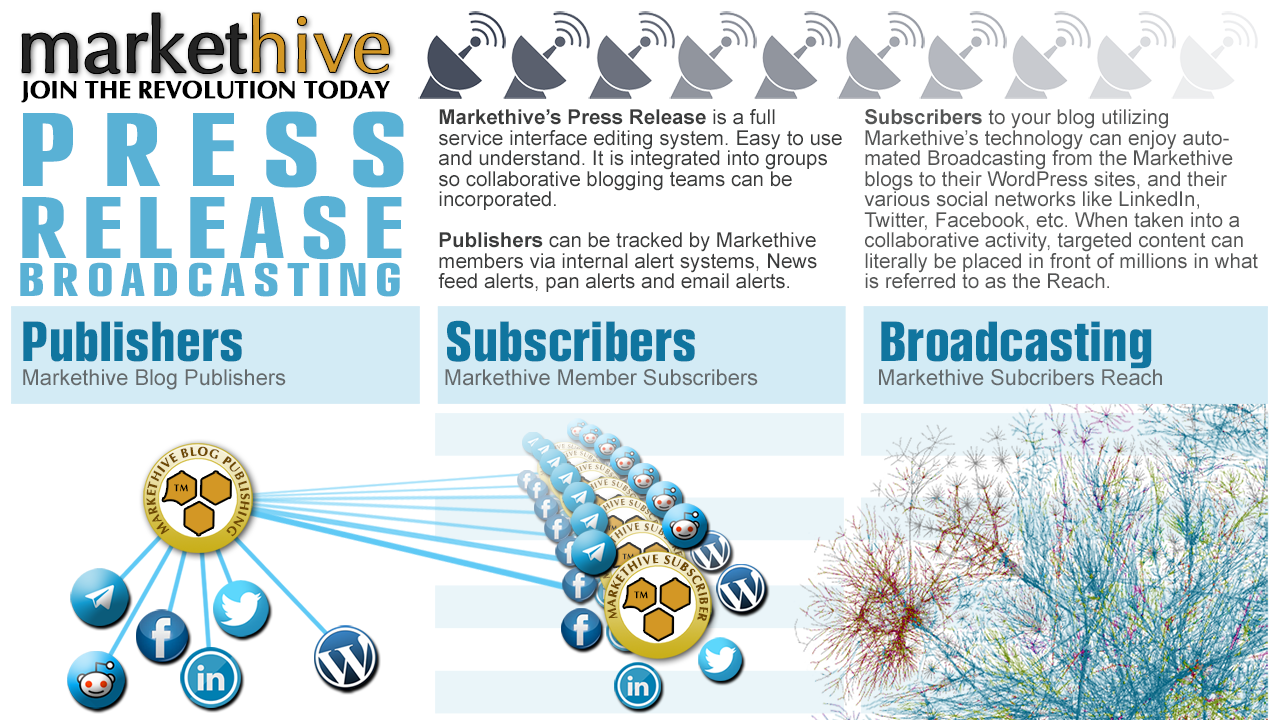 A similar service can be used to illustrate why the demand of a blockchain system's coin is driven by the ecosystem. Case in point is Binance. Binance is an exchange and launched their coin in 2017. Their coin was created to be used to pay for the exchange fees within their exchange at a discount from what other exchanges charged with traditional fees paid by Bitcoin. Binances community was 122,000 members strong in 2017 when they launched their coin. Our community is double that as we approach launching our coin. Today 4 years later the community has grown to 15 million. We can expect similar growth. The Binance coin went from 37 satoshis (.10 cents) per coin upon release in 2017 to 10,296 satoshis ($518.83) per coin today as of this writing. Imagine if Binance had developed and delivered ILPs like Markethive has done. We can expect similar results with Markethive when we launch our coin. 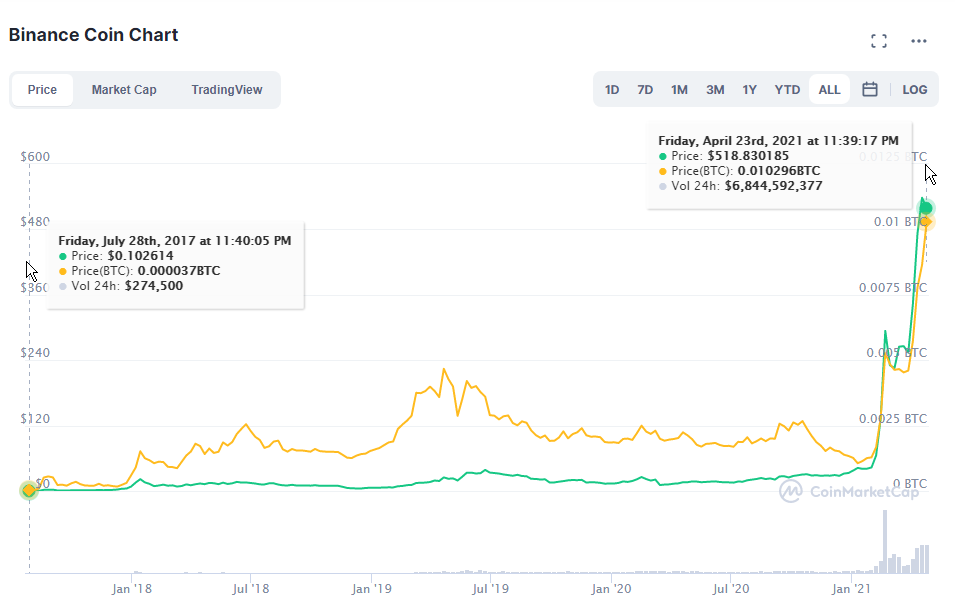 Do the research on Binance, their marketing strategy and incredible growth. Why? Several factors. Binance built a next generation advanced Exchange, nurtured an active community, delivered a solid ecosystem built around their own coin and established 3rd party adoption to use their coin. Read more here https://medium.com/binance 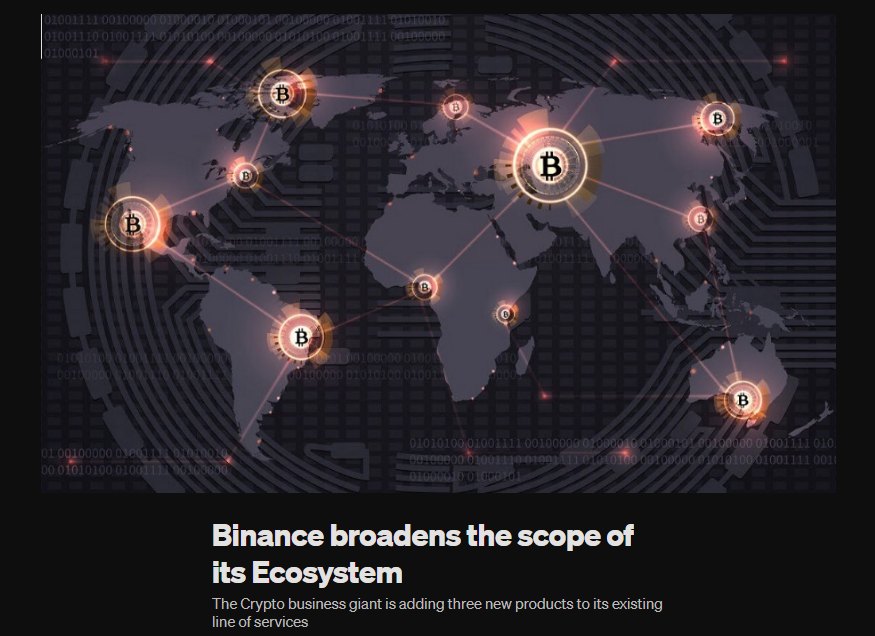 One of our pending upgrades to add to our own ecosystem is our coming Wheel Of Fortune. Built as a donation tool, giving in return the chance to spin the wheel and win prizes ranging from small fractional coin returns called BEEs, to Markethive's Hivecoins as much as 10,000 coins, to Banner Impressions, matching bonuses increases by as much as 100%, to winning ONE TENTH ILPs, Full ILPS, Entrepreneur One accounts paid for a day, a week, a month and even for life. Full blown companywide Boosts, Doubling Faucets rates for life. Entrepreneur Ones will even have their exclusive mega Wheel of Fortune with serious winnings made available as this feature develops. 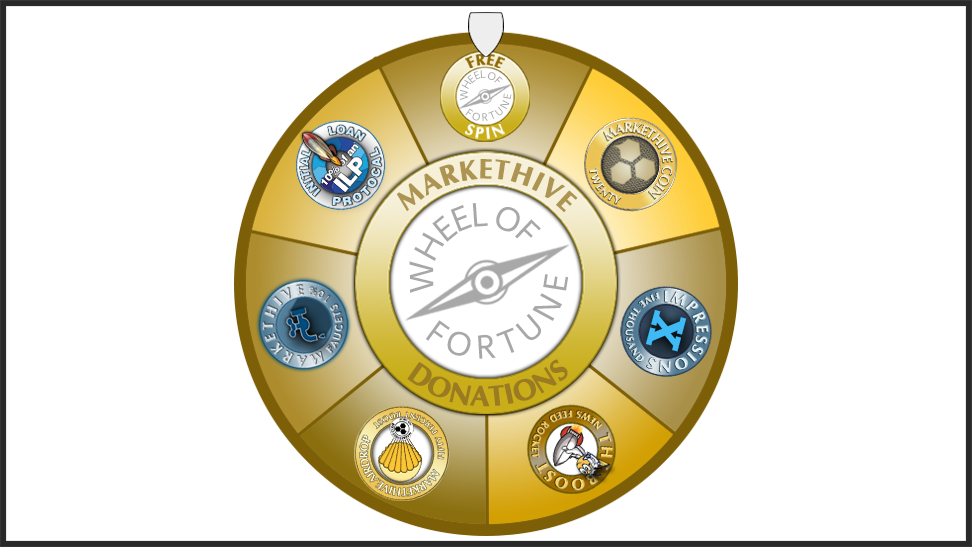 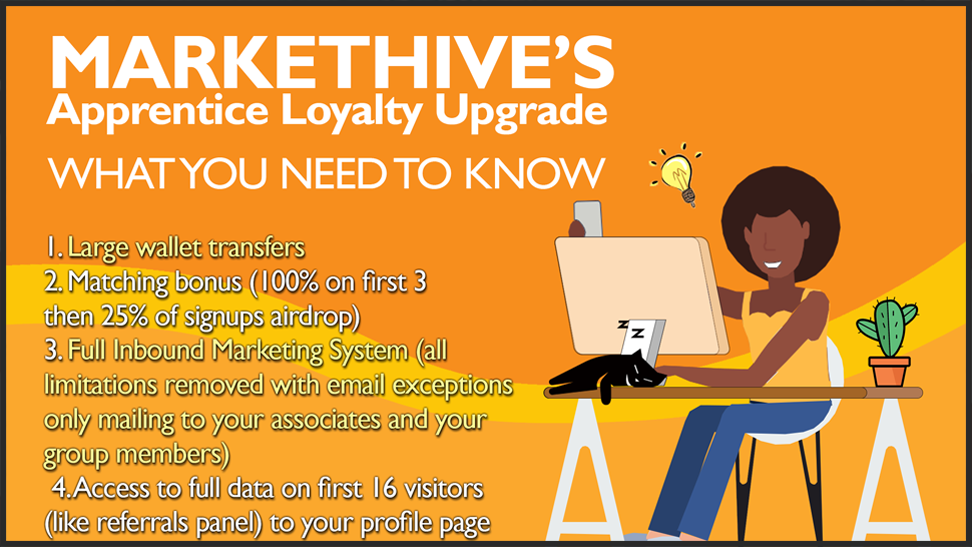 The magnitude of the Markethive system is incredible. The face that 90% is already completed is stunning. And we have done all of this with grass roots support only. No big Venture capital over ruling us. Markethive is your system. Markethive is built to serve the down trodden, the un-bankable, the masses in countries that subjugate their people. Markethive will serve to let this people free. To build an alternative income, to build a real future, to deliver a sovereign economy to all peoples in all countries in all the world.

And soon the ILPs will be available to all members for Markethive HiveCoin, making this lifelong income machine available to every member regardless of their economic health is their brick and mortar world. Markethive is being built to set you free.
Make sure to watch the video.

See you next weekend. Pray for us. Pray for Douglas' success at the Crypto gathering and pray for our health and protection in our travels and pray for Markethive.

God bless all of you
Thomas Prendergast