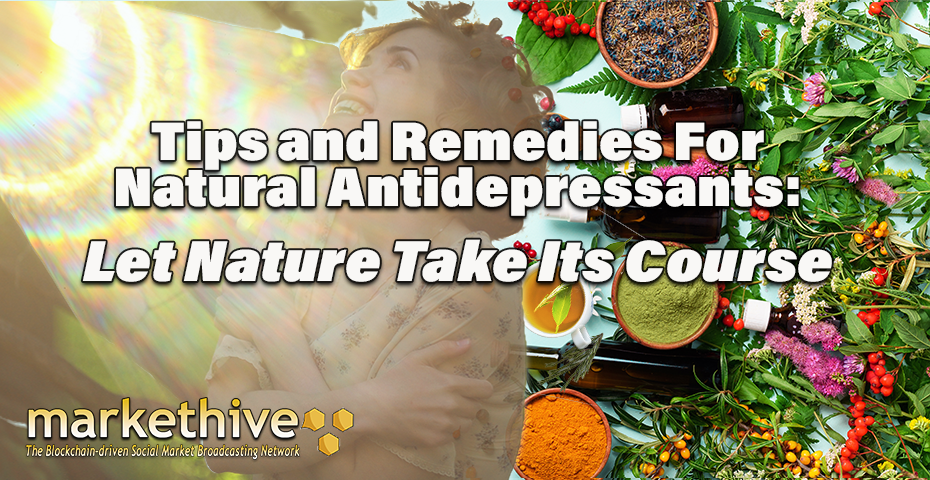 It's still a beautiful summer in the northern hemisphere, but there's a hint of autumn in the early morning air. In turn, politicians not only hint but openly talk about what awaits us in the winter. And there is nothing cheerful about this; an energy crisis is expected.

The temperature in offices and apartments it's supposed to be heavily regulated. Gasoline and diesel prices still hold extremely high, and what other complications will cause the conflict in Ukraine better not to think about.

Before we feel an extraordinary strain on our psyche and before the summer stocks of optimism and good mood are exhausted, it is good to turn for help to nature. There are many herbs that can help us, and some are processed even into tablets and capsules.

At home, herbs can be used in a variety of forms, such as infusion (infusium), decoction (decoctum), infusion (macerate), tincture, syrup, and extract (extracta), but also as a compress or bath.

Herbs usually do not act as quickly as chemical drugs. Many are suitable for longer use. However, for some, we must be careful when combined with chemical medications.

Stress, especially nowadays, is the lot of many people, and its impact is often underestimated. It acts not only on the organism but also on each person's personality.

Which herbal remedies can positively influence mental and nervous problems?

Small flowers form spherical inflorescences with purple (powdery) and yellow (pistillate) petals. The fruit is a spherical ovoid with a diameter of about 8 mm, containing 2 to 7 ovules. It blooms in late June and July, and the fruits ripen in late August and September.

It acts as an adaptogen and harmonizer; that is, it increases the body's defenses against the effects of stress. It improves cerebral circulation and affects the manifestations of neurasthenia, and conduction of impulses through nerve fibers. It is used for overwork, states of weakness, and exhaustion.

Another effective remedy is Small-leaved Bacopa: A  plant found in the tropics and subtropics. It is a powerful antioxidant that helps improve memory and learning ability. It increases mental performance and strengthens brain activity. It is used for insomnia, fatigue, restlessness, stress, Parkinson's and Alzheimer's disease, and nervous exhaustion.

We can use St. John's wort, one of the herbs growing in a mild climate. It is the first choice herb for anxiety, restlessness, mental stress, neurasthenia, panic syndrome, or mild depression. It is suitable for rehabilitation after strokes and is also a primary herb in treating multiple sclerosis. But we must remember that often it can not be used simultaneously with antidepressants, and in the summer months, it can provoke skin redness when exposed to sunlight. 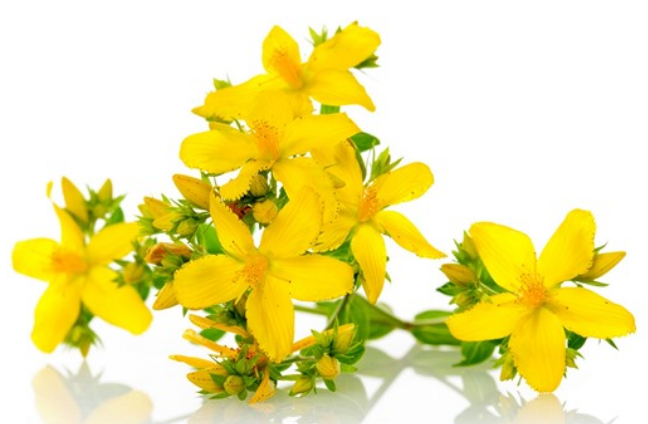 St. John's wort undoubtedly has the ability to improve your mood, but its effects do not appear immediately – it is necessary to take it for about 3 to 4 weeks before you know if it helps you.

To support the activity of the nerve and brain centers, we can use great globe-thistle (Carduus), which helps the organism in the regeneration of the nerve fiber.

Valerian is another well-known herb often used for a sedative effect on the body. It suppresses states of excitement, nervousness, anxiety, and mental tension. In higher doses, it acts as a hypnotic. It affects cardiac neurosis and also acts as a spasmolytic. The nervous system not only calms but also strengthens.

The best means of sedative action is gemmoterapeuticum from the Linden tree (tilia). It's an excellent sedative. It acts as an anxiolytic against anxiety and psychological tension. It also reduces feelings of itching and pain of nervous origin. It strengthens the nervous system best in combination with thistle.

Willowherb (It is known in North America as fireweed, in some parts of Canada as great willowherb, in Britain and Ireland as rosebay willowherb) 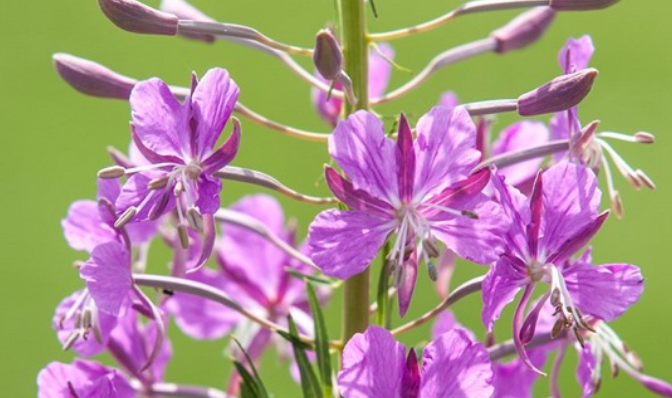 The flower can be up to two meters high, which you will most likely find on forest glades or uncut bows. It is easy to grow even in the garden. Mainly leaves are used, both fresh and dried, for the preparation of teas.

Willowherb removes the feeling of psychological tension, relaxes, soothes, helps in falling asleep, and increases the quality of sleep. It is effective against headaches (especially of nervous origin).

Not only Herbal Teas but also Special Baths

One of the healing remedies from nature, which people have been using since ancient times, was baths from herbs. The advantage of this therapy is the fact that the action of water as such and, at the same time, the healing properties of the herbs are used here together.

An excellent remedy for soothing is a bath, which is composed of herbs with a soothing effect – St. John's wort, lavender, lemon balm, hops, and others. It helps the body to calm down, cope with stress and energize to cope with today's challenging times. It is excellent before sleep, as it helps to induce them.

Bacopa is a 10-30 cm tall, creeping and perennial herb. In conditions of the mild climate, Bacopa is a small-leaved annual or houseplant with the possibility of putting outside during summer.

St. John's wort is a perennial that occurs abundantly on sunny slopes, meadows, pastures, and forest glades, from the Lowland to the mountains. 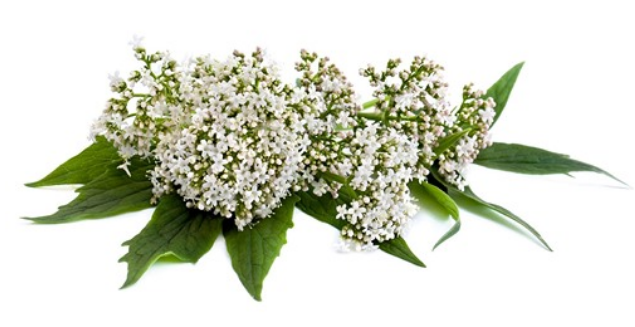 Valerian is a not very abundant plant in wet meadows, forests, river banks, and ditches. For medicinal purposes, it is grown. Valerian acts primarily as a mild but effective sedative. It suppresses states of excitement, nervousness, anxiety, and mental tension. In higher doses, it works as a hypnotic.

Linden is a widely cultivated tree, widespread throughout Europe. The lime blossom is collected at the beginning of flowering. It is best to gather it in the afternoon between two and four o´clock. In folk medicine, as well as official medicine, the lime blossom has been used since ancient times to the present day.

It is nicknamed "cat cocaine" because cats like to roll in it and then fall asleep. 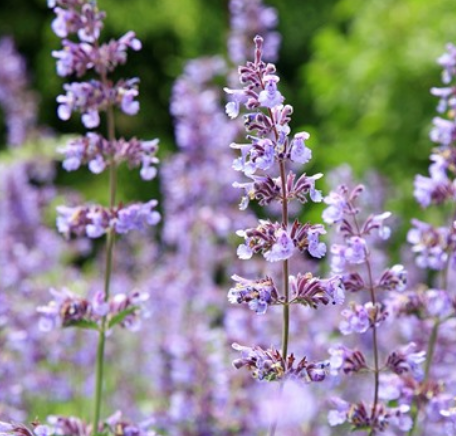 Stir a teaspoon of dried catnip flowers in 250 ml of cold water, bring to a boil and let stand for 15 minutes. Drink during anxiety, fussiness, and nervousness. You can also sew a dried Shanta into a canvas bag, attach a pompom or a jingle bell, and give it to your cat to play with. She'll be thrilled.

You can find it in clumps in damp places and around water. It is collected both flowering and non-flowering nasturtium or just flowers, which are used to prepare infusions, baths, and the like after drying.

Ruta graveolens, commonly known as rue, common rue, or herb-of-grace, is a species of Ruta grown as an ornamental plant and herb. It is native to the Balkan Peninsula. It was nicknamed the" herb of grace " because it allegedly helped both judges and prisoners, probably against stress.

It is an effective first aid for stress, nervousness, and fatigue; a pleasant lemon scent quickly washes away all worries. Its sedative effect is used for insomnia.

Licorice root has a long history of medical use. As a herbal remedy, it helps people in many different ways. One of the valuable properties of licorice root is its ability to help the body cope with stressful situations. Licorice root provides a natural hormone, an alternative to cortisone, which can be very helpful in managing anxiety situations.

Herbal Teas And Baths Against Depression

# 1. Pour one teaspoon of lemon balm into 150 ml of boiling water. Leave to infuse for 10 minutes, strain, and drink three times a day. This tea can also be used for a long time.

# 2. Prepare a mixture of equal parts of lemon balm and common oregano: Pour 100 ml of boiling water into one teaspoon of the mix. Leave to infuse for 10 minutes and strain. Tea is recommended to drink mainly for the night, for a quiet falling asleep and restful sleep.

# 3. Pour one heaped tablespoon of St. John's wort with boiling water and drink throughout the day in cups. St. John's wort is rightly called the "herb of nerves". It’s most beneficial when the tea from this herb is taken for a long time, i.e., at least 25 days or more. Only then will its antidepressant effects begin to manifest. However, do not take it for more than two months.

Baths with sea salt or with essential oils of Lemon balm, Mandarin, and Sage are very beneficial. The bath time should be 20 minutes. After the bath, do not wipe, just wrap the body in a terry toweling dressing gown, lie down for another 20 minutes, and cover yourself warmly.

Finally, something for milk and sleep lovers

# 1. Heat a quarter liter of milk in the evening, but do not boil it. Stir in it one teaspoon of dried herb and one teaspoon of honey. Allow to stand for 2 hours, then strain, drink slowly, and non-jumpily jump into bed!

Not only can you use fresh herbs, but you can keep them “for a rainy day” by preserving them. There are several ways to process them so that you can use them later.

One of the oldest is drying, which is suitable for example, bay leaf, thyme, oregano, mint, marjoram, or Rosmarinus. The basis is to pre-clean the herbs well, then leave them dry in ventilated places protected from the sun and heat. You can also use a dryer.

You can also put herbs (for example, parsley, basil, thyme, marjoram, or rosemary) in oil. Wash them well, dry them, and put them in glass jars. Squeeze them well and stack them in layers. Drizzle with extra virgin olive oil and seal tightly.

The oil will acquire an aroma, and the herbs will be well preserved. You can also store them in the freezer for a long time. Do not forget to always carefully wash and dry the shoots and leaves. Then put them in ice compartments or freezer bags. You can freeze sage, parsley, oregano, mint, marjoram, and basil. 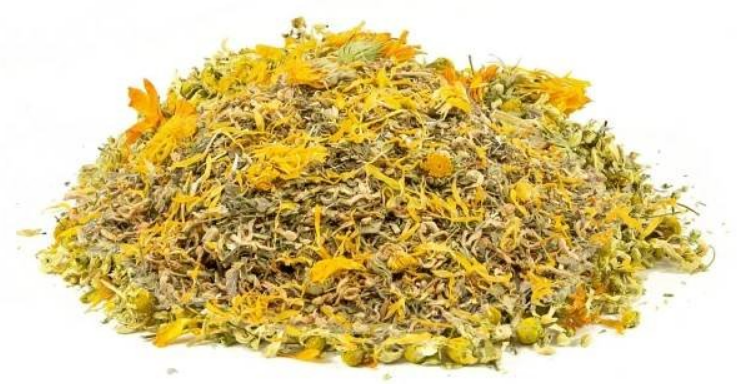 “Praised be You, my Lord, through our Sister, Mother Earth, who sustains and governs us, producing varied fruits with coloured flowers and herbs.”

"If I have seen further than others, it is by standing upon the shoulders of giants".
― Isaac Newton