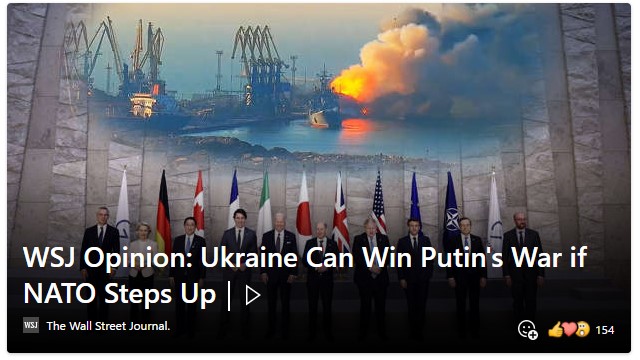 War in Ukraine is a Distraction from what is Really Happening!

The war in Ukraine seems to be escalating by the day, as NATO and most of the world are backing and supporting Ukraine in its war with Russia.  War is bad, people die, lives are destroyed, and many more are ruined.  Yet the world seems to be pushing for war instead of trying to work things out peaceably, and instead of attempting to work with both sides, the world (for the most part) is further infuriating the leader of Russia (Vladimir Putin) to fight even harder!

I’m not here to tell you which side to support or not support, or if you should support any side at all.  Both sides are bad, however, the world tells us that Ukraine is a peaceful democratic society, is that the truth?  The situation in Ukraine is complicated.  Ukraine put a president in power via a coup in 2014, with the help of the United States and NATO.  Many of the Ukrainians are Nazis (Azov battalion), fighting in the war.  President Zelenskyy has banned opposition parties.  The Ukrainian government has been committing genocide, killing its own people for years such as in Donbas.  There have also been reports recently of Ukraine using its own citizens as human shields against the Russians.  So, this is who most of the world wants to support?  Why?  Why such support for Ukraine when it obviously is wicked and evil and is committing such atrocities against its own people?

Follow the money and the WEF.  This war in Ukraine is being used as a tool my friends, a tool to further along the Great Reset!  It’s also being used as a distraction from what is going on in the rest of the world.  Ukraine is part of the New World Order, Zelenskyy is a graduate of the “Young Global Leaders” program of the WEF (World Economic Forum), and it’s been reported that Vladimir Putin is as well, however, he would have been too old at the time the program even started.  Valdimir Putin is not going along with their plans, he is a nationalist.

War equals money, war equals power, war equals control, and war distracts us from other things.  As people are now focused on the Ukrainian war their eyes are taken away from what surrounds them.  They now seem oblivious to the state of their own nation.

In America we have many crises and many more arising.  Our Southern border is open for anyone to cross, with very little if any resistance, illegals are crossing by the hundreds of thousands!  This creates a burden upon our system, our economic system, healthcare system, housing, food, etc., but also our safety and well-being, not to mention the influx of illegal drugs.  Did you know that we now have the highest number of deaths in America due to drugs?  It is being reported that Fentanyl is now the number one killer of Americans.  Although I would argue that it may just be the number 2 killer with the Covid-19 injections being number one!

Our rights are being stripped away from us every day, yet most don’t seem to care.  Millions of Americans have lost their jobs due to the Covid mandates, Covid injections are still being pushed by the government even though there are more and more reports each day that they are killing us.  Many people have chosen to take their own lives by suicide then to continue on in this world, not to mention the psychological harm that it has done, especially to young children!

Inflation, created by our own government, is getting worse by the day.  Many people cannot afford higher prices at the pump or for food, housing, energy to heat their homes, and it’s getting worse.  America was energy independent under President Trump, but now energy dependent under Biden!  And what does Biden do?  He blames Russia for our problems and takes no responsibility at all!  What are the suggestions from the government?  Ride the bus, drive less, just work from home!  And don’t worry, the government is coming to the rescue once again, just wait patiently for your gasoline stimulus checks!

Threats of food shortages plague the world, as fertilizer shortages have increased.  Yet, the world is more concerned with the war in Ukraine, rather than mass famine in the world.  So, what will the government do next, food stamps for everyone?!  But where will the food actually come from if it isn’t there in the first place?  It’s also been reported that the government paid farmers to plow under their crops instead of sending them to market, as well as dairies being paid to dump their milk!

Healthcare has become a dictate from the state, people have lost their right to treatment of their choice.  The Covid pandemic (plandemic) and the mitigation techniques used are weapons against the people.  They tell us that they are for our own good, yet they are doing just the opposite!  Not only are they killing and maiming people, but they are dividing us against each other.

The Global Elite know just what they are doing, and it’s all a part of the Great Reset!  Tear down society so that it can be rebuilt to their liking, to their agenda!  Not only rebuild society, but depopulate the planet while they are doing it, via Covid-19 injections and war!  Focus people’s attention on the war in Ukraine so that they will be oblivious to the actions that they are taking against us.

So, what’s next?  I can see it coming my friends, I can see it coming.  Digital IDs, vaccine passports, digital currency, UBI (Universal Basic Income), healthcare controlled by a World Government, increased security measures meant to further take away our freedoms.  More control of us by the Elite.

Destroy the middle class until there is only the Elite and the impoverished class, the peasants.  Take from them until they have no more, so that they must rely on the government for all things.  Remember the saying of Klaus Schwab: “You will own nothing and be happy”, and “You’ll eat much less meat” — Meat will be “an occasional treat, not a staple, for the good of the environment and our health.”  Sure, we will own nothing, we will eat much less meat, but what about them?  They will own everything and eat whatever they want whenever they want!

The war in Ukraine is being used as both a distraction and a tool against us.  Being used as a distraction so that we are unaware of what is really going on, used as a tool to institute their plans of world domination!  The Ukranian president is pushing for the New World Order, he is a proponent of it, and has plans in place for a digital ID, passports, social credit system, UBI, and digital currency already in place via their Diia app. 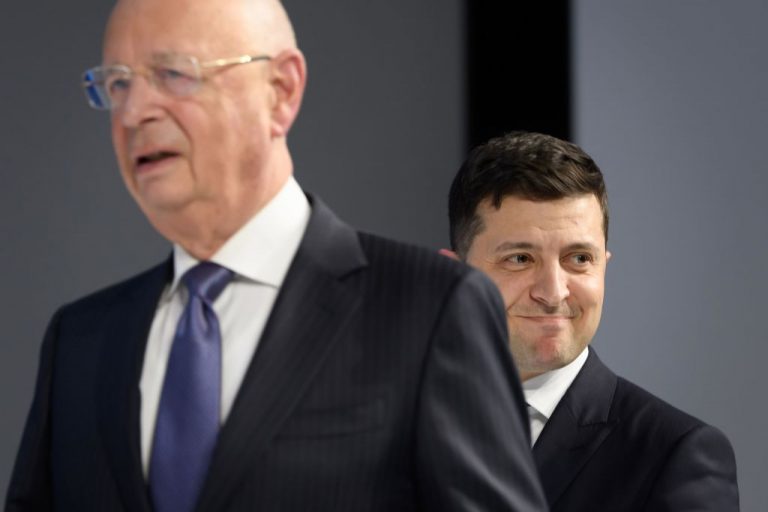 Why are so many people infatuated with the war in Ukraine when we have so many detrimental crises in our own nations?  Why is it that our own governments choose to ignore our own disasters and focus on Ukraine?  Why is there now such a growing hatred of Russians as there is for the unvaccinated?  Coincidence?  They will tell us that the instability in Ukraine along with the Covid pandemic (plandemic) are causing a need for stability and sustainability in all sectors of our lives, economics, healthcare, housing, food, energy, transportation, education, security, etc.  It’s all a plan my friends, a plan to change virtually every aspect of our lives!

The world is changing as the Elite tell us that it will, but is it really for the better, is it really for our own good?!  The closer that they get to achieving their goals the closer we get to the beginning of the Tribulation period!

Look up my friends, for your redemption draws near!