Dispute Over The Kazakh Oil Pipeline 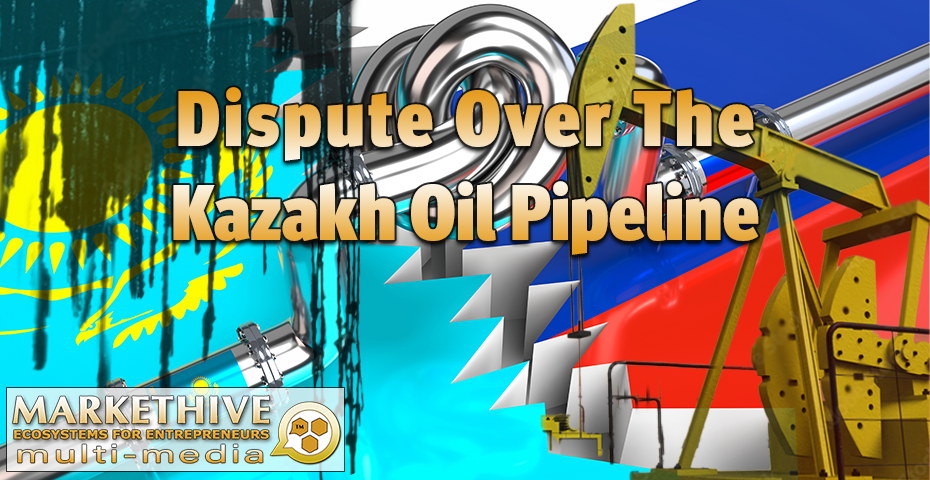 Kazakhstan, officially the Republic of Kazakhstan, is a transcontinental landlocked country located mainly in Central Asia and partly in Eastern Europe.

The country dominates Central Asia economically and politically, generating 60 percent of the region's GDP, primarily through its oil and gas industry

The economy of Kazakhstan is the largest in Central Asia in both absolute and per capita terms. Kazakhstan has attracted more than $370 billion of foreign investments since becoming an independent republic after the collapse of the former Soviet Union. 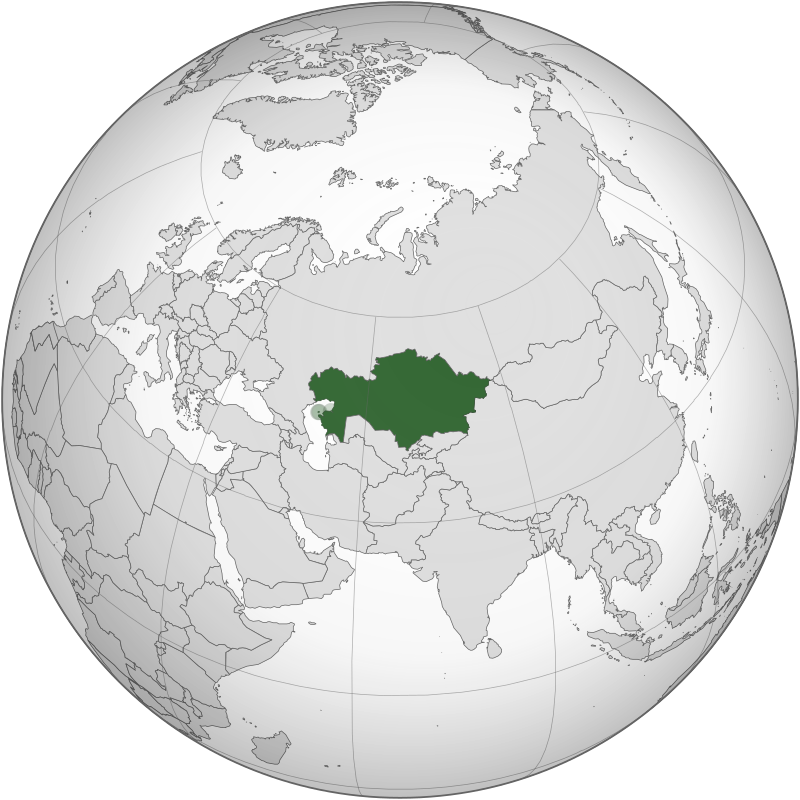 Large energy companies such as Chevron, ExxonMobil, Royal Dutch Shell, and Eni own since the 90th  rights for oil and gas production in Kazakhstan.

Kazakhstan has a customs union with Russia and Belarus and is also a member of the Eurasian Economic Union. Yet, for example, in 2017, the European Union was Kazakhstan's most important trading partner, with a share of 38.7% in foreign trade. Kazakhstan has the potential to be a world-class oil exporter in the medium term.

Kazakhstan has the largest and most powerful economy in Central Asia. The economy of Kazakhstan, supported by rising oil production and prices, grew by an average of 8% per year until 2013, before slowing down between 2014 and 2015. It was thus the most dynamic world economy of the early 21st century after China and Qatar.

Problems of the Caspian Pipeline Consortium

Beginning of July a Russian court ordered that the Caspian pipeline consortium  (CPC) must suspend operations for 30 days. The court justified the decision by the possibility of environmental damage. The report adds to global concerns about oil supplies, Reuters warned.

The capacity of the Caspian pipeline

CPC brings oil from Kazakhstan to the Russian Black Sea coast and is one of the largest oil pipelines in the world. It transports about one percent of the world's oil.

The consortium that owns the pipeline said that it must abide by the decision, but intends to appeal against it. At the same time, it refused to comment on its activities. A Russian court on Monday 11th July overturned the ruling against CPC and instead fined it 200,000 roubles ($3,300).

The CPC pipeline has been in the spotlight since Russia's invasion of Ukraine, which has curtailed Russian exports and caused a sharp rise in oil prices. The United States imposed sanctions on Russian oil but said that flows from Kazakhstan through Russia can continue to operate without interruption.

According to the CPC, deputy prime minister of the Russian Federation Viktoria Abramchenkova ordered the regulatory authorities, including the Rostechnadzor technical supervision authority, to inspect the facilities in the Russian part. The inspection allegedly found discrepancies in documents relating to oil spill management plans. Oil leaked from the terminal last year. CPC originally received a deadline of 30. November, but eventually the authorities changed the decision and the court gave them the truth.

CPC is the only oil export pipeline on Russian territory that is not fully owned by the Russian company Transneft which owns a 24 percent stake in the consortium. Other shareholders include Kazakh company KazMunayGas and American companies Chevron and Exxon. Its length is over 1500 km.

According to Interfax, the explosion of the pipeline occurred on Wednesday 6th July at the Tengiz field, whose reserves are estimated at 3.2 billion tons. The causes of the explosion, in which, according to Nexta, two people were killed and three others were injured, are unknown.

The site in the west of Kazakhstan is managed by Tengizchevroil, which is 50% owned by the American Chevron and another 25% by ExxonMobil. In Tengiz, a $ 45.2 billion mining expansion project has now been launched, which was to be completed in 2023. Kazakhstan is in terms of oil production with 1.7 million barrels per day at 11. place in the world, reports the Moscow Times.

The shareholders of the Caspian Pipeline Consortium are:

Disputes between Russia and Kazakhstan

Between Russia and Kazakhstan there have recently been disagreements over the war in Ukraine, the agency DPA warned. Kazakhstan recently offered the EU to supply more oil and gas to Europe and did not recognize the independence of the separatist republics in eastern Ukraine.

Through the CPC pipeline, 54 million tons, or 1.2 million barrels per day, of Kazakh CPC Blend light sour crude oil were exported last year. Through the terminal in the Russian port of Novorossiysk flows 80 percent of oil exported from Kazakhstan. The handling capacity of the pipeline is 67 million tons per year. Its operation has already been interrupted once this year due to damage to the equipment of the Black Sea terminal.

Kazakhstan's key oil pipeline is back up and running since 13th July again. But Russia wants to push to stop it and according to sources from three Western companies operating in Kazakhstan, it is likely that a long-term shutdown of CPC operations may still occur. Kazakhstan does not have access to the sea and thus has very limited alternative transport options. A failure of the CPC would mean a drop in exports of up to 50 million tons of oil per year.

In spite of all the complications, the president of Kazakhstan Tokaev thinks that his country could create a kind of "buffer zone" to compensate for the imbalance in the distribution of energy between East and West and North and south, he said. In this context, Tokayev called on the EU to expand alternative transport corridors, including across the Caspian Sea. This would make it possible to supply raw materials to Europe outside of Russia.

Many Western companies have exited operations in Russia, with oil majors among the first to leave in the days after the conflict began. Western sanctions have disrupted Russian exports and pushed up energy prices.

In response, Russia made steps towards seizing oil and gas projects Sakhalin 1 and 2, where Shell and Exxon have stakes. A Western executive familiar with CPC operations said Sakhalin was "a definite sign of things to come for CPC".

Shortly after Russia's invasion of Ukraine, international oil prices spiked to their highest levels since the records of 2008.

They have since eased to just above $100 a barrel as the market anticipates economic weakness will lower demand, although selling has been limited by concerns of tight supplies that would be exacerbated by a cut in CPC output.

"Losing one million barrels per day in an already tight environment can lead to an unsolvable problem for the oil market," Amrita Sen from Energy Aspects in London said.

JP Morgan analysts predicted last week that oil prices could jump to an all-time high of $190 per barrel if a combined 3 million BPD of output from Russia and Kazakhstan was hit by sanctions and related issues.

The United States imposed sanctions on Russian oil but said that flows from Kazakhstan through Russia can continue to operate without interruption. Now, however, this possibility is under threat, and it is not certain that Russia will not take further action against the functionality of this pipeline.

Relationship between Russia and Kazakhstan

This was the third time in recent months that the CPC has run into trouble.

The freeze on activities stood to cost Kazakhstan hundreds of millions of dollars in lost revenue.

The reality is that Kazakhstani-Russian relations have been less than ideal for weeks, not to say months or even years.

The depth of Kazakhstan’s economic ties with Russia cannot be underestimated. Of the $101.5 billion of trade that the country did in 2021, around one-quarter was with Russia, a country with which Kazakhstan shares more than 7,600 kilometers of the border. The regimes of the two countries are bound also in other ways. Kazakhstan is a member of the Moscow-led Collective Security Treaty Organisation defense bloc.